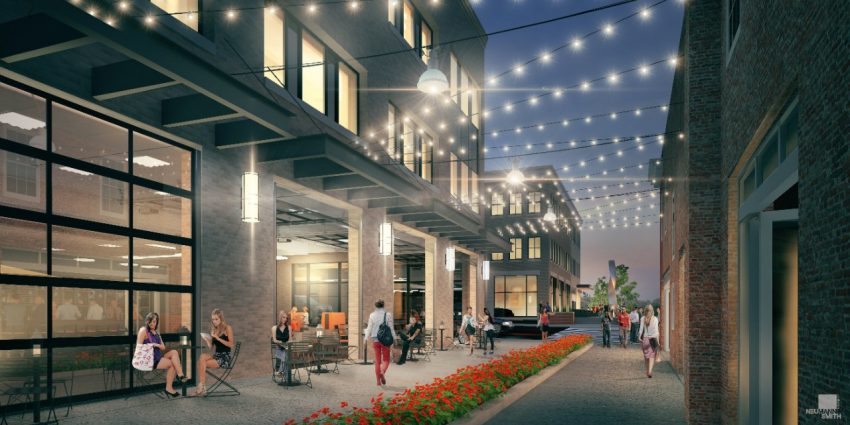 Ford is preparing to move some 600 employees to a new development the company is erecting in West Dearborn, Michigan.

The development, on which Ford officially started construction earlier this week, is called “Wagner Place” after Dearborn’s historic Wagner Hotel. The 120-year-old facade of the hotel will be preserved and incorporated into the new construction, while some of the other structures on the site will be demolished. The site is bounded by Oakwood Boulevard and Mason Street on the east and west, and by Michigan Avenue on the north.

Ford will move 600 or so employees from its Global Data Insights and Analytics team into the office space on the second and third stories of Wagner Place by the middle of 2018, through a mix of consolidation and relocation. The first floor will be reserved for restaurant and retail space. The construction project is slated to cost $60 million and encompass an area of 150,000 square-feet between two three-story buildings.

The Detroit News reported last December that the state of Michigan had approved $30 million in tax captures related to the development. Ford says Wagner Place is withing walking distance of its product development campus, which is also being renovated.