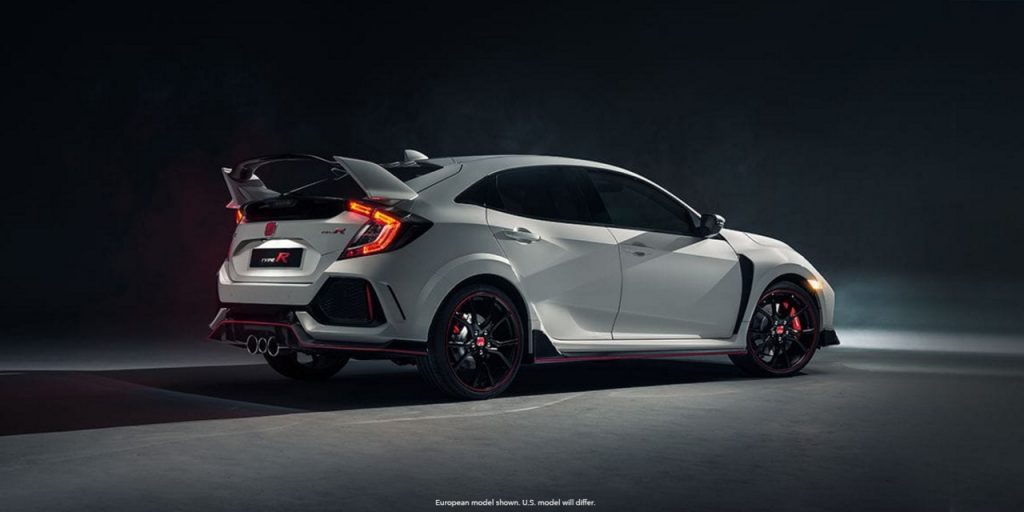 The new Honda Civic Type-R made headlines recently when – it was reported – the hot hatch broke the front-wheel-drive production car lap record at the all-important Nürburgring Nordschleife, turning in a time of just 7 minutes, 43.8 seconds. That’s more than three seconds quicker than the previous record holder: the limited-run Volkswagen Golf GTI Clubsport S.

Granted, there are some caveats; Car and Driver reports that the Civic Type-R that dispatched the ‘Ring recently was a preproduction car “technically representative of production specification,” which wore Michelin Pilot Sport Cup 2 tires instead of the production vehicle’s Continental ContiSportContact 6 rubber. The car also had the audio system and rear seats removed, although that was only to offset the added weight of a “floating” roll cage (no added rigidity).

Regardless, assuming this intrepid Honda Civic Type-R’s Nordschleife time was more-or-less accurate, it’s enough to make the hot hatch far quicker around the Green Hell than Ford’s latest Focus RS. Much faster. In fact, in the hands of Sport Auto‘s Christian Gebhardt, the 2016 Focus RS only turned in a lap time of 8 minutes, 6.3 seconds, despite having the advantage over the Civic R with regard to both peak engine output (by 44 horsepower) and number of driven wheels (by two). That’s 22.5 seconds slower than the FWD hot hatch from Japan.

We don’t like to speculate, but we suspect this might come down largely to weight. The current, Mk III Ford Focus RS is rather portly for its size at nearly 3,500 pounds, while the new Honda Civic Type-R is expected to come in somewhere just below three grand. Sophisticated AWD system or no, we don’t imagine the Focus RS’ high-tech tricks are enough to overcome that sizable handicap.