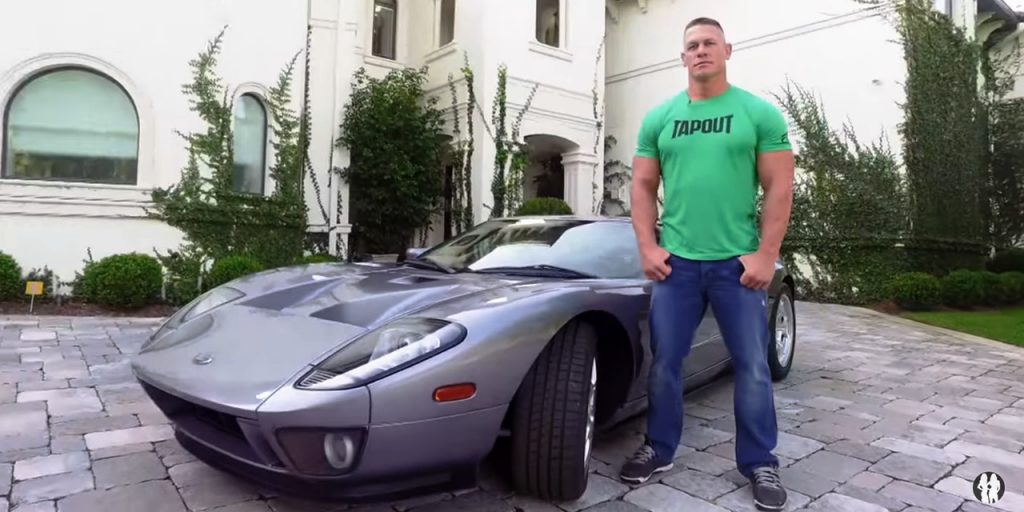 Well, here’s another label we can bestow upon the WWE star: bona fide car enthusiast. He appeared in a recent video from YouTube’s The Bella Twins wherein he showed off his personal 2006 Ford GT supercar, which he bought brand-new. In the time he’s owned it, Mr. Cena has only managed to put 1,250 miles on the Ford GT’s odometer, which averages out to little more than 100 miles a year.

Give him a break; he’s been busy.

Despite the low number of miles he’s managed to put on the car over the past eleven years, John Cena clearly knows the historical significance and the particulars of the model well, making note in this video of the Mk I Ford GT’s quick 0 to 60 time in first gear (3.3 seconds), its signed engine plaque, and all four options that were available in 2006: aluminum-alloy wheels, red brake calipers, a McIntosh audio system, and prominent racing stripes. His example, shod in a 2006-only color dubbed “Tungsten Grey,” has all but the latter option.

Get a firsthand look at John Cena’s low-mileage 2006 Ford GT in the video above. Mum’s the word on whether the superstar will be welcoming a Mk II GT into his garage in the future, but we’re pulling for him.