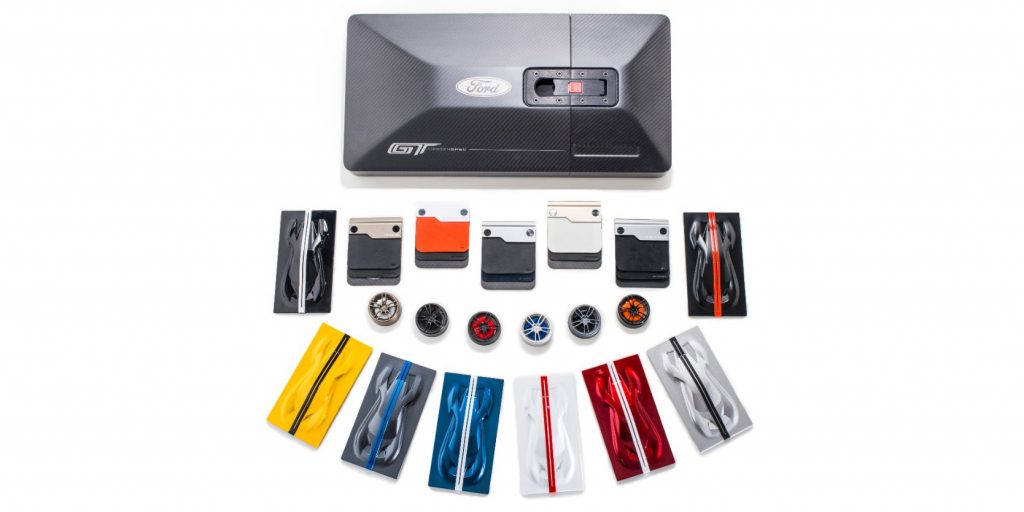 “But it’s just an ordering kit,” you say.

Yes, it’s true; taking delivery of an ordering kit for the all-new Ford GT supercar is probably far less exciting than receiving the car itself, but this is no ordinary ordering kit. We wrote about it back in January, making note of its many exclusive, extravagant features, like a carbon-fiber case with the same weave and finish as the production supercar, and a clasp like those used on the Le Mans-winning Ford GT racing machine.

Open it up, and you’ll find a collection of eight sculpted slabs, each wearing one of the Ford GT’s available paint shades, plus six miniature wheels, and five interior swatches cut from the same materials with which the supercar is trimmed.

John Hennessey of Hennessey Performance Engineering just received his Ford GT ordering kit in the mail, inspiring him to round up three of his sons to participate in a recorded unboxing of the superfluous package and put it up on the Hennessey Performance YouTube channel. Until this point in time, we couldn’t fathom why anyone would actually sit down and watch one of YouTube’s countless unboxing videos. Now, we totally understand.