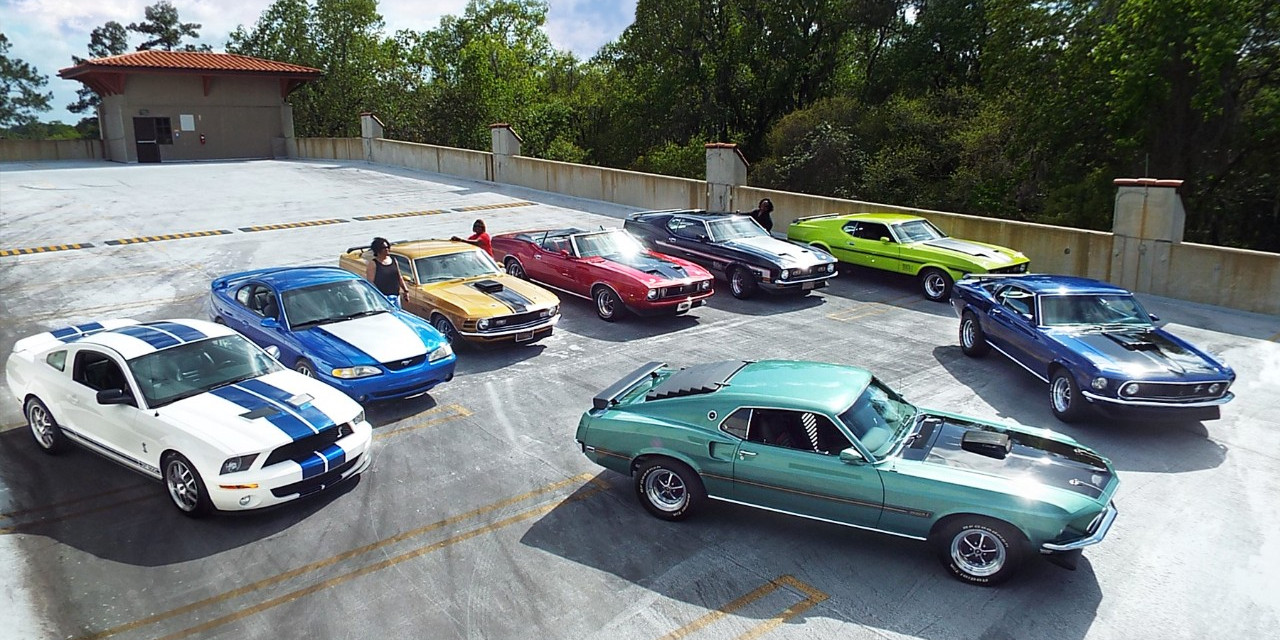 Years ago, a man named Gilbert Speed traded his family’s pet pony for a pony car – a 1965 Ford Mustang, to be more precise. That single, unusual decision would go on to ignite a Speed family love affair with the Mustang that continues to this day.

“One Saturday, Dad said, ‘If you guys won’t ride [the pony], I know what I’ll do with him,'” Daniel Speed, one of Gilbert’s seven children, told Ford. “Then he came back with that car.”

Years after that, Daniel’s youngest brother, Chester, became the next Speed to buy his own Ford Mustang: another 1965 example, purchased in 1980. Later, four of their siblings went and did the same, buying Ford pony cars that Daniel and Chester would restore. The Speed family fleet changed and grew over the years, and today includes a staggering seven Mach 1 Mustang examples (three 1969s, two 1970s, and two 1971s), and a 1973 Ford Mustang convertible.

Gilbert Speed later passed on, so the Speed siblings started gathering together around twice a year to bring their enviable, highly-collectible fleet out to car shows, continuing to bond over their shared passion for the Mustang and the fond memories they formed as kids.

“We really enjoy getting the Mustangs out on I-75 and just kind of have our own little parade – our own rolling car show,” Daniel says.

Even when hauling their impressive collection, the Speed family trusts the task to Ford; the seven siblings own multiple Ford F-Series trucks between them that they use for towing. “We’ve owned Ford vehicles throughout our lives and had good experiences with them,” says Daniel. “So we gravitate to what keeps us going.”