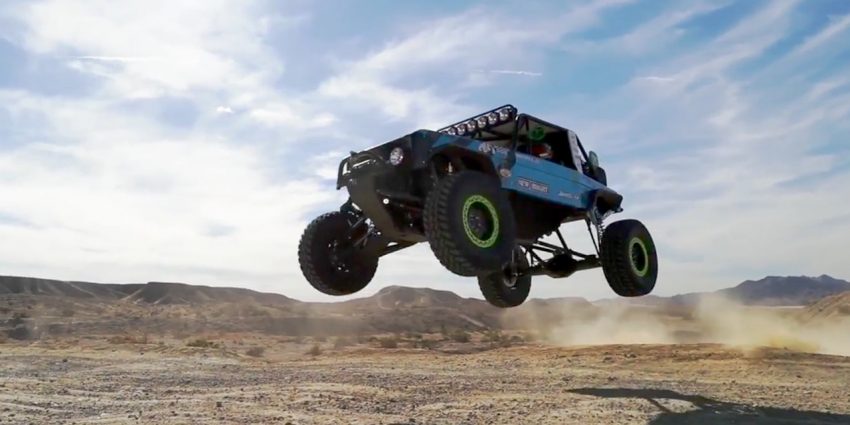 Best-known for his success in the Formula Drift series, professional hot shoe Vaughn Gittin Jr. enjoys switching it up every now and again. Case in point: he drove in last year’s King of the Hammers – an extreme off-road race that combines desert racing and rock crawling – and became the first crossover driver to finish in the top ten.

That prompted Gittin to compete in the event again in 2017, this time bringing out his own racing machine: a high-performance IFS-4500 buggy with the body of a Mk I Ford Bronco, from Jimmy’s 4×4. The off-road racing machine is named “Brocky”, presumably because it’s a Bronco that eats rocks, or it’s the one Bronco that wouldn’t be afraid to go fifteen rounds with Apollo Creed, or something.

Featured in the video above from MagnaFlow, Gittin’s Ford Bronco buggy is powered by a Ford Performance “Z427” engine with a 7,000-RPM redline and 600 peak horsepower. The King of the Hammers event for which it was built is relatively new territory for Vaughn Gittin Jr., with 2016 being the driver’s first year taking a stab at it.

“This year, I guess you could say I got bit by the bug,” he says.