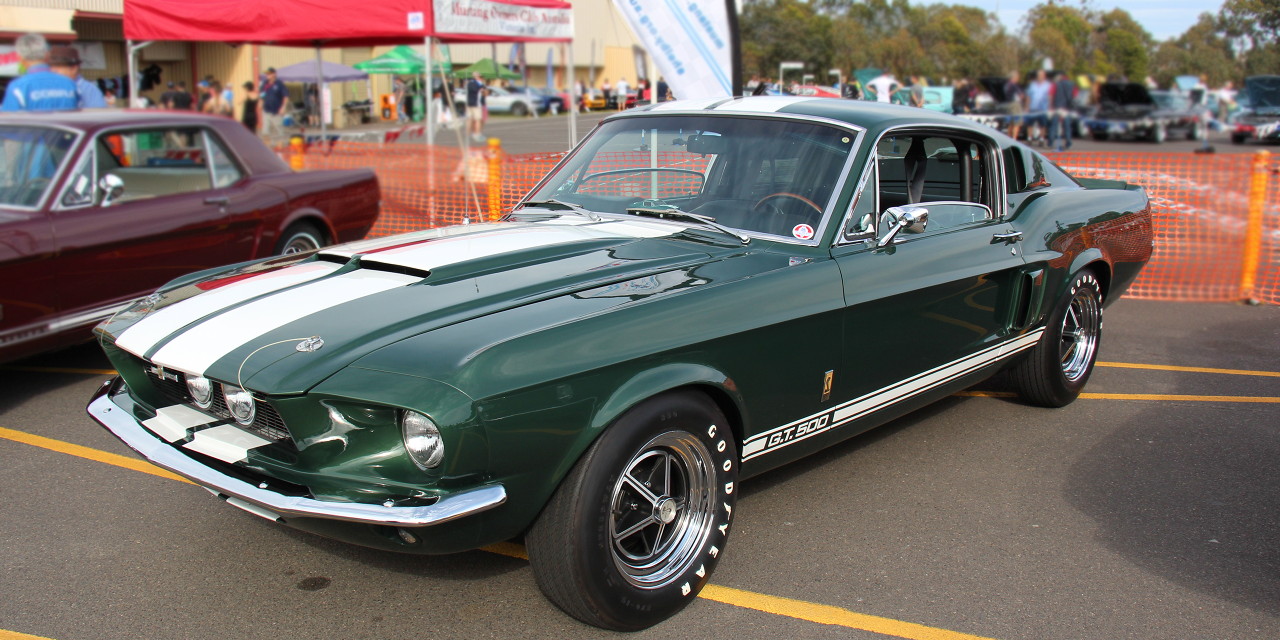 The Shelby GT500 Mustang celebrates its golden anniversary this year, having first been introduced as a more-streetable alternative to the hardcore Shelby GT350 model back in 1967.

By the time the Shelby GT500 came about, Hemmings reports, the track-focused GT350 Mustang had been “broadly panned by those needing a car for more than just track duty,” as many found the suspension too firm, the Detroit Locker differential too noisy, and the exhaust too deafening to make it an acceptable everyday car.

Shelby’s solution was, of course, to take Ford’s revised-for-1967 Mustang and upgrade it with livability in mind, dropping a 428-cubic-inch Police Interceptor V8 in between the front fenders. The hood and front fascia were elongated to lend the car a sense of speediness even when parked, and distinctive scoops were added ahead of the rear fender arches (for brake cooling) and on the C-pillars (to ventilate the cockpit). A new deck lid with an integrated “duck tail” spoiler was also introduced, as were the taillights from the Mercury Cougar.

The 1967 Shelby GT500 Mustang was rated conservatively at 355 horsepower, Hemmings says, its 428 V8 fed by a pair of 600-cfm Holley carburetors and a cast-aluminum intake manifold. The engine was backed by either a Toploader 4-speed or a C-6 automatic. The suspension, while less harsh than earlier GT350 models, nonetheless featured adjustable Gabriel shocks, stiffer front springs, and an uprated front sway bar.

The Shelby GT500 was built for three years, being discontinued after 1969 (unsold 1969 examples had their VINs altered under supervision, and were sold as 1970 model-year cars). The nameplate wouldn’t return until 35 long years later, when it was revived for a high-performance version of the 2005 Ford Mustang.

We here at Ford Authority would like to wish the Shelby GT500 a very happy 50th birthday. We look forward to seeing the next iteration of the legendary model, whatever form it should take.