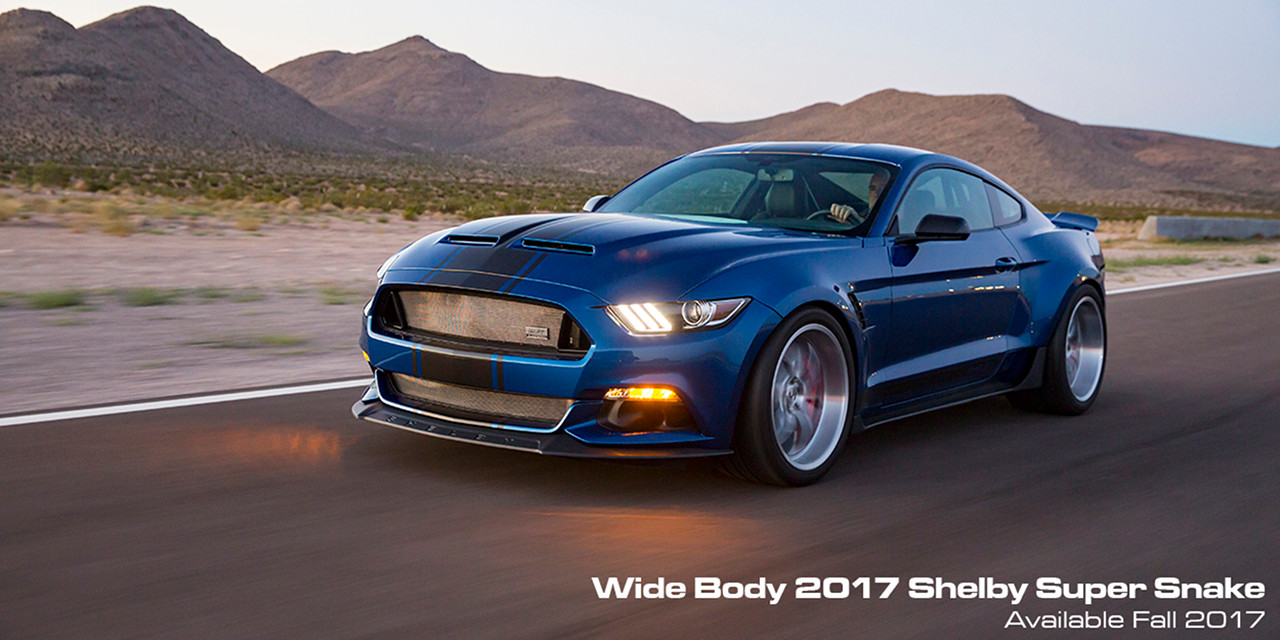 Starting from the 2017 Shelby Super Snake shown at Barrett-Jackson Scottsdale in January, the folks at Shelby increased the ‘Stang’s track width by 2.5 inches up front and 4 inches in the rear, massaging the fenders outward to encompass its new, broader stance. The concept of course wears the rest of the Super Snake’s custom aesthetic enhancements as well, including custom grille inserts and an angry, twin-scoop hood. Peak output from its supercharged 5.0-liter V8 is reportedly a hearty 750 horsepower; the same level of grunt is available from the regular Shelby Super Snake, although standard output is a still-admirable 670 horsepower.

Beneath the surface, Shelby’s Super Snake Wide Body concept boasts an upgraded brake package, stronger spindles and hubs with hardened wheel studs, and a fully-adjustable coil-over suspension kit, calling upon a more aggressive set of wheels and tires to transmit all 750 horsepower to the pavement reliably.

For now, the Shelby Super Snake Wide Body Mustang is only a concept; should it be put into production, it will be available worldwide starting this autumn, with an official place in the Shelby Registry. Fingers crossed.