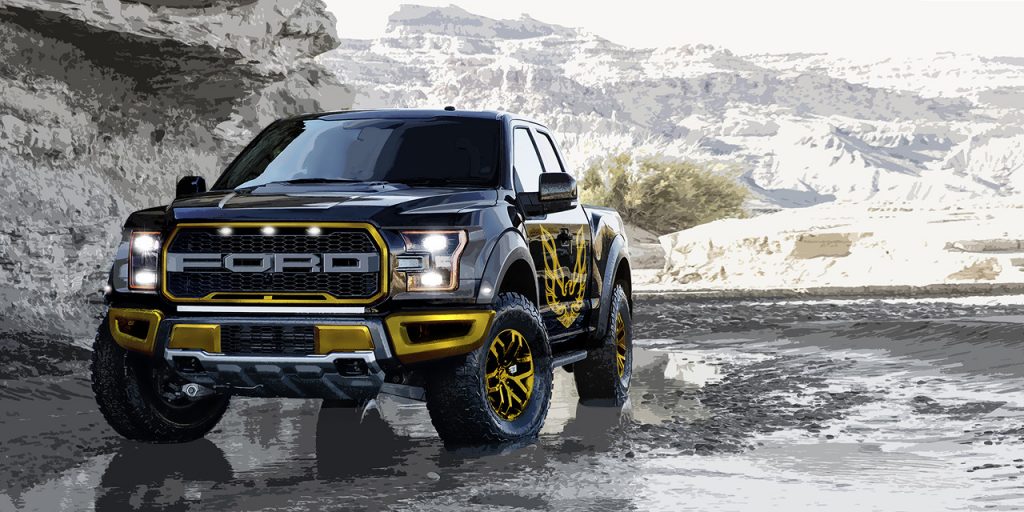 The film also stars a now-famous Pontiac Trans Am, which the folks over at British motoring website Carspring have taken the liberty of reimagining as a modern-day muscle car, along with the Sheriff’s Pontiac Le Mans pursuit vehicle and Cledus “Snowman” Snow’s Kenworth 1900 tractor trailer. But why stop there? The Carspring staff found that the Smokey and the Bandit Trans Am’s gold-on-black firebird motif works well on just about anything – from the Ferrari 812 Superfast, to the 2017 Ford F-150 Raptor.

You can see the latter vehicle above and, well, just look at it. It could rightly be argued that the firebird design has no place on a Ford truck of all things, but the gold wheels, front bumper pieces, and grille surround at least lend the Raptor a certain je ne sais quois, don’t you think?

For more awesome Smokey and the Bandit vehicle renderings, be sure to stop by Carspring.co.uk.