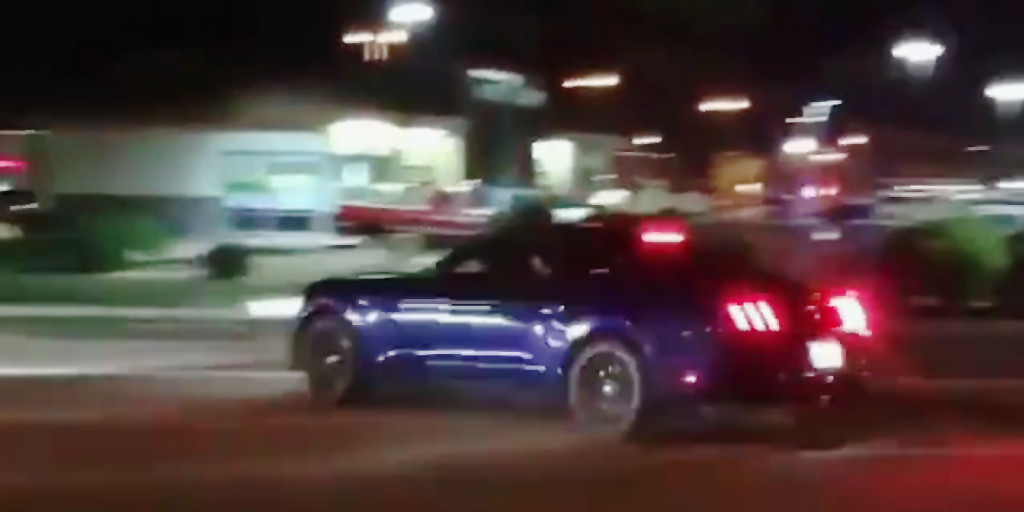 Did the sun rise this morning? Then it’s a safe bet that another unfortunate driver or two has lost control and crashed their Ford Mustang in the course of showing off.

The latest Mustang crash comes to us from Scottsdale, Arizona, and features not one but two runaway Blue Oval pony cars. According to Carscoops, the drivers were leaving a local car meet, and were captured on camera by one D. Miller. The drivers appear to have resolved to depart the event fashionably, showing off with a bit of tire-spinning – something which tends to work out quite well for Mustang drivers and all those around them.

A blue, S550 Mustang goes first, losing control early through the corner and spinning 180 degrees. That driver got off easy, as no sooner did the car come to a stop than a white, SN-197 Mustang came tearing around the same corner, also losing control, and skidding right into a barrier on the side of the road. We can’t know for sure, but we’d guess it’s pretty thoroughly totaled.

Check out the video below to see the crash yourself, but bear in mind: it’d would be in very poor taste to laugh at such a thing.