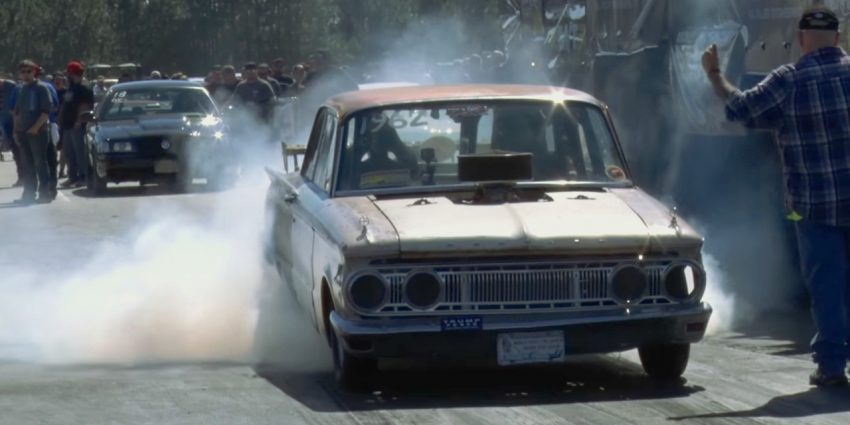 “There’s no replacement for displacement,” or so the old idiom goes, and we’re guessing that’s a school of thought the owner of this 1962 Mercury Comet rat rod would agree with.

See, although the Mercury Comet didn’t offer a Ford big-block V8 from the factory until the Cyclone model came along for 1964, this ’62 example has been fitted with a normally-aspirated 429 capable of pushing the car through the eighth-mile as quick as 6.11 seconds, at around 115 mph. Granted, the car is pretty far from stock, rocking a tubular chassis and a rear wing cut from an old tin roof.

The Mercury Comet was originally introduced for 1960, sans “Mercury” branding as it was intended to be a model in Ford’s premium “Edsel” lineup. The Edsel brand was discontinued the same year. The Comet wasn’t sold as a Mercury-branded car until 1961, and it went on to span five different generations over its brief ten-year existence. This 1962 example is a first-generation car.

To see how this unique and, frankly, awesome ’62 Mercury Comet fares at the drag strip at Lights Out 8 in Georgia, watch the video above.