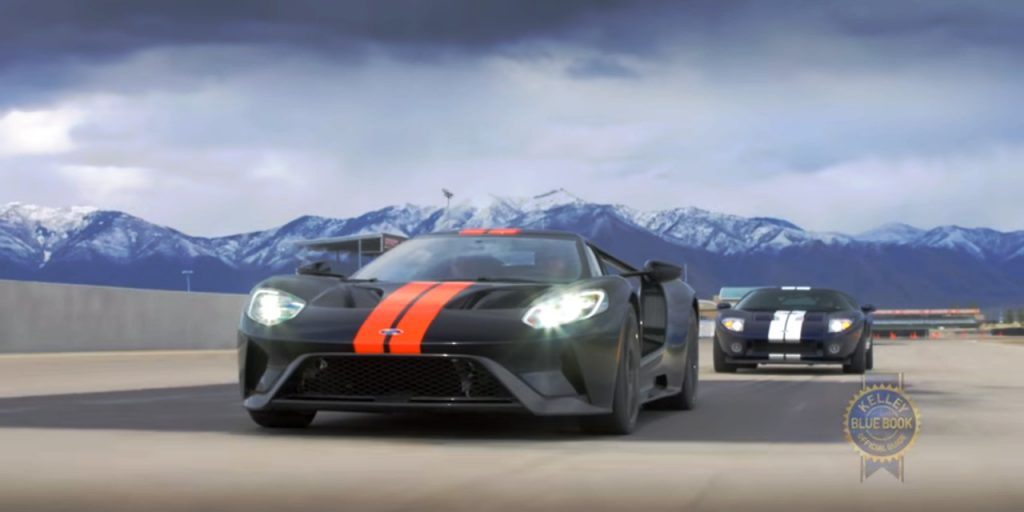 Few badges have as much cachet in today’s world than “Ford GT.” The all-new 2017 model is a 216-mile-an-hour performance cruise missile with a number of impressive race wins under its belt, including the fabled 24 Hours of Le Mans.

Of course, the first-generation model built from 2005 to 2006 was no slouch either, having a claimed top speed over 200 miles per hour and a hearty, proper V8, not to mention styling as close to that of Ford’s storied GT40 as could be. But the engine in that model – a 5.4-liter Modular V8 derived from the same mill used in the F-150 – was really representative of the car’s overall character: that of the blue-collar supercar.

There’s absolutely nothing “blue-collar” about the new Ford GT. It’s a technological marvel on wheels, boasting one of the most sophisticated aerodynamic designs ever devised. It has active aero pieces, a carbon-fiber monocoque, an ingenious dual-mode suspension system, and a cutting-edge twin-turbocharged motor. Heck, even the windshield is high-tech, being crafted from the same stuff that keeps many a smartphone screen intact through multiple fumbles.

Here, in the video embedded above, we get to see how the two generations of Ford GT supercar compare against one another. Enjoy.