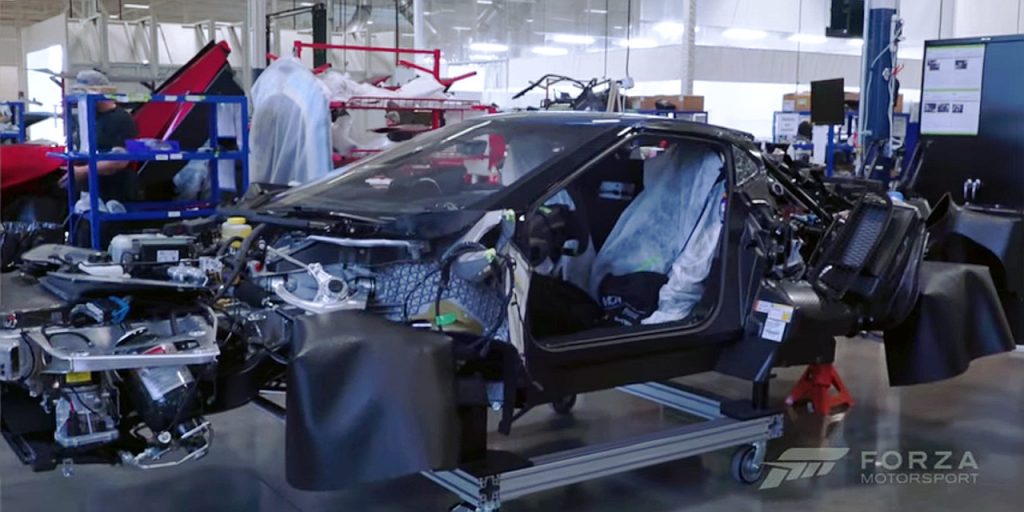 Studio Head Alan Hartman of Turn 10 Studios – the Microsoft subsidiary behind the Forza Motorsport racing game series for XBox – is one of the lucky 500 who’ve so far been approved by Ford to purchase the all-new Ford GT.

That the game studio Hartman leads slapped the new supercar on the cover of its latest game – Forza Motorsport 6 – probably helped his case some.

While Hartman hasn’t taken delivery of his 2017 Ford GT just yet, he did receive his special ordering kit, and placed his order with Ford through one of their special GT concierges. More recently, Multimatic Motorsports – the company building the supercar for Ford under contract – allowed the Studio Head into their small, 100-man facility just outside of Toronto to see how the Ford GT is built.

Among the fascinating new revelations contained within Hartman’s video tour: it takes nine full days to assemble the car from the 5,000 constituent parts that are shipped to the factory, and typically, a single car rolls off the line every day (5 cars/work week X 50 work weeks/year = 250 cars per year). The final trial for each completed car is a “monsoon test,” wherein 6,000 gallons of water are sprayed at the newly-assembled Ford GT while a factory worker in the cockpit watches closely for any sign of leakage.

It’s crazy stuff, and an ironically painstaking, slow process for the company that introduced rapid assembly-line manufacturing to the automotive world. Be sure to watch the full video above, courtesy of Turn 10 Studios, to learn more about the Ford GT’s fascinating assembly procedure.