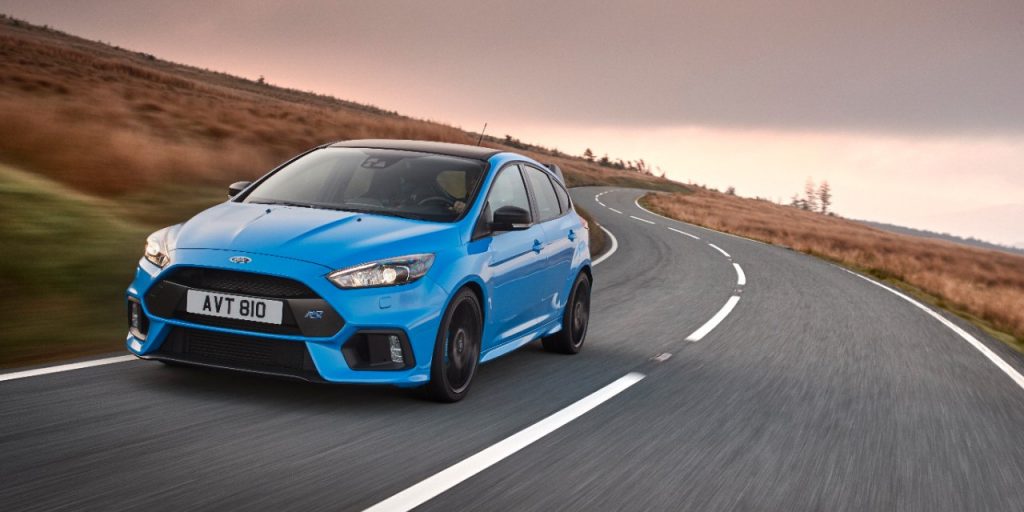 Yesterday, we reported that Ford had announced a very special “limited-edition” Focus RS model for North America, with 1,500 examples to be built and shared between the US and Canada.

That’s all fine and well for buyers in those two markets, but what about folks on the other side of the pond? For them, Ford Europe has announced a new, much-less-cool-sounding “Option Pack,” which delivers essentially the same goodies as what’s extra on the limited-edition model, with some small changes.

For one thing, the 2018 Ford Focus RS with Option Pack will only be available in Nitrous Blue paint; no Race Red option for European customers, we’re afraid. And instead of the carbon fiber-skinned interior pieces coming to the limited-edition model, the Option Pack comes with exclusive Nitrous Blue leather swaths on its black Recaro seats.

“For hardcore driving enthusiasts, the additional mechanical grip offered by the Quaife LSD will make it even easier to carry speed through a corner on the track, and maximise [sic] acceleration on the way out,” says Director of Ford Performance in Europe Leo Roeks. “The new setup also delivers greater mechanical stability and control when braking hard, and will help drivers set the car up for power-slides using Drift Mode.

“The Focus RS Option Pack takes our ‘fun to drive’ philosophy to a new level for an everyday road car.”

Next Ford Focus ST Could Pack A 2.3L EcoBoost Engine