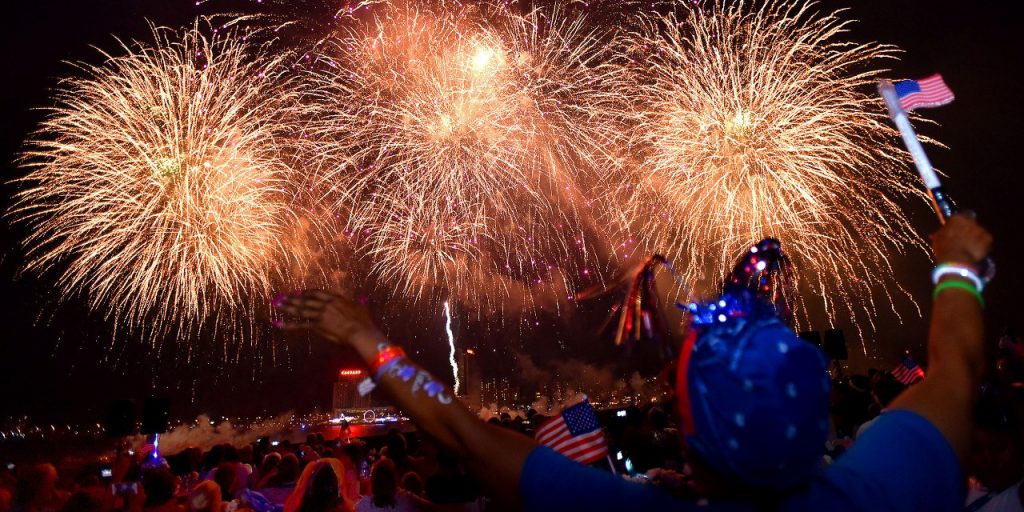 This is the 59th year for the Ford Fireworks. The theme this year – “Detroit! Right Now!” – celebrates the “growth and progress being seen around the city,” said the automaker in a release. More than 10,000 fireworks will be fired off during the event, starting at 9:55pm, and it will be broadcast by local NBC affiliate WDIV.

“The Ford Fireworks is a special community celebration that allows people of all ages and backgrounds to celebrate the renewed energy coming from our great city,” says Ford Motor Company Fund President Jim Vella. “Ford is proud to show our ongoing commitment to Detroit and southeast Michigan by supporting this iconic tradition that has been going on for nearly 60 years.”

In addition to the fireworks display, the Ford Fund is supporting an event at the West Riverfront Park called “L.I.T.E. Fest” (Lead, Innovate, Thrive, Elevate) to celebrate the accomplishments of a select group of 2,000 Detroit-area students and their families. Rapper Big Sean – a Detroit native – will be there, recognizing the students for their academic performance, community service, and other achievements.

Plenty more is on the agenda, too, including the annual Ford Fireworks Rooftop Party, which raises funds for the Michigan Thanksgiving Parade Foundation with games, giveaways, food, and live music.
Sponsored