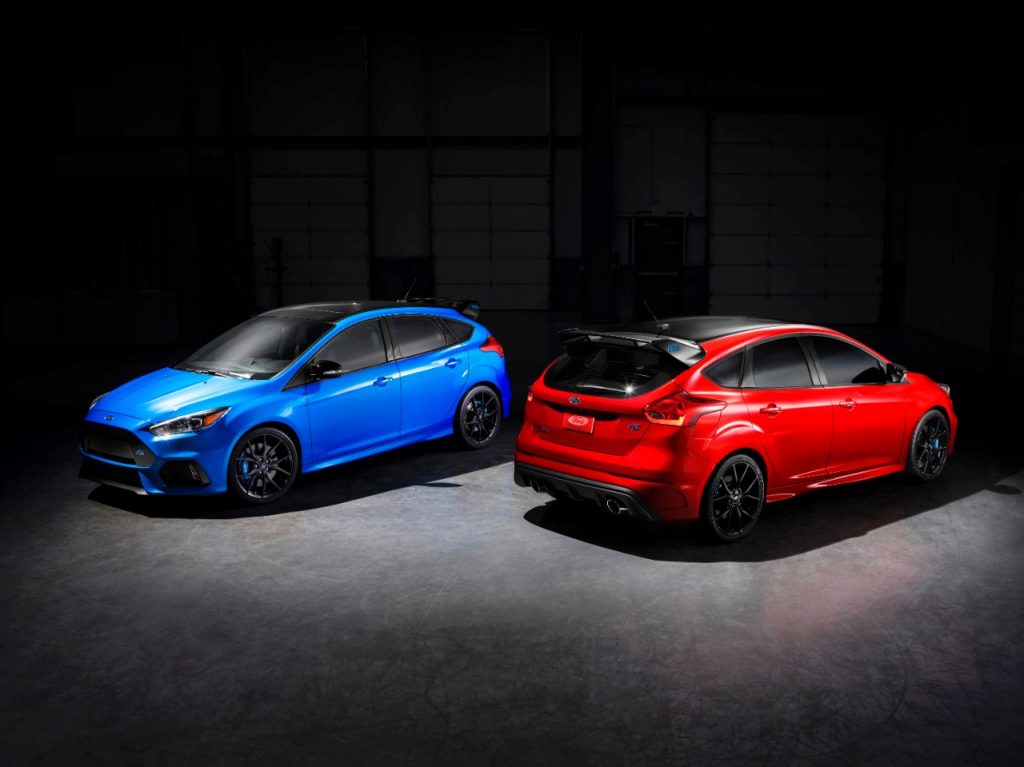 Why the substantial price hike? It seems that each and every 2018 Ford Focus RS produced and sold in the US will be of the new “Limited Edition” model, differentiated from prior model years primarily by its standard RS2 Package goodies, front-axle Quaife LSD, and available Race Red paint. A similarly-equipped 2017 Focus RS would cost $41,770 with destination, says CarsDirect, suggesting that the markup for 2018 isn’t really so great, all things considered.

That said, CarsDirect points out that the $5,000 increase pushes the 2018 Ford Focus RS substantially higher than a Ford Mustang GT Premium ($38,095), and more than likely, well above the new Honda Civic Type-R, too. Of course, it’ll also handily outpace the former on a road course.

As for the latter contender, the answer to the question of which to buy likely comes down to brand loyalty.