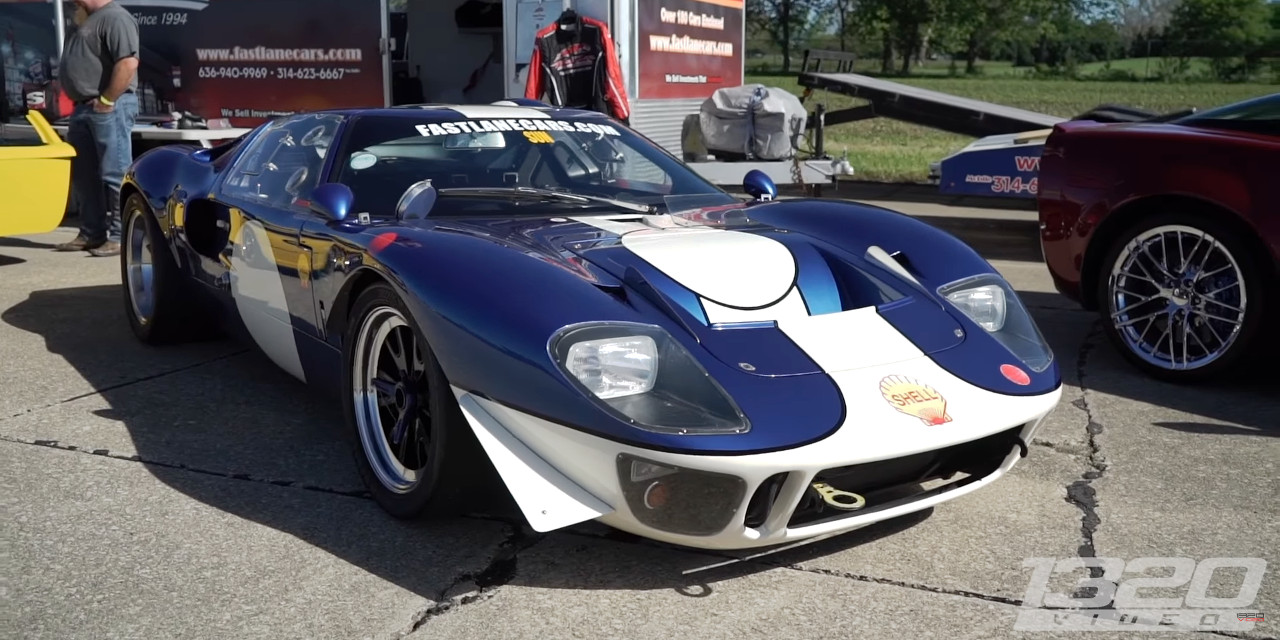 Although Ford’s Le Mans-winning GT40 was officially dropped sometime during the Nixon administration, a handful of companies have carried the model into the twenty-first century with replicas and continuation models based on the Blue Oval’s auspicious design.

The Superformance Ford GT40 featured in the video above is one of those continuation models. The owner happened to take the car out to Omega Motorsport’s NoFlyZone Midwest last month, giving 1320Video a chance to check out the car and record a few quarter-mile passes.

At the risk of ruining the surprise, watch the clip, and you’ll get to see the continuation Ford GT40 embarrass a Dodge Charger SRT Hellcat, a Roush Mustang, and a few other speedy machines.

Key to the Ford GT40’s success here is probably its low drag area; not only does the historic race car have a sleek, aerodynamic design, but at just 40 inches tall and 70 inches wide, it has a small frontal area, as well. According to the Superformance website, its Mk II model weighs a scant 2,400 pounds – even less than the Le Mans-winning original. So even with just 450 horsepower, the diminutive racer has a crucial advantage.

This Modified 2015 Ford Fiesta ST Pwns At The Dragstrip: Video