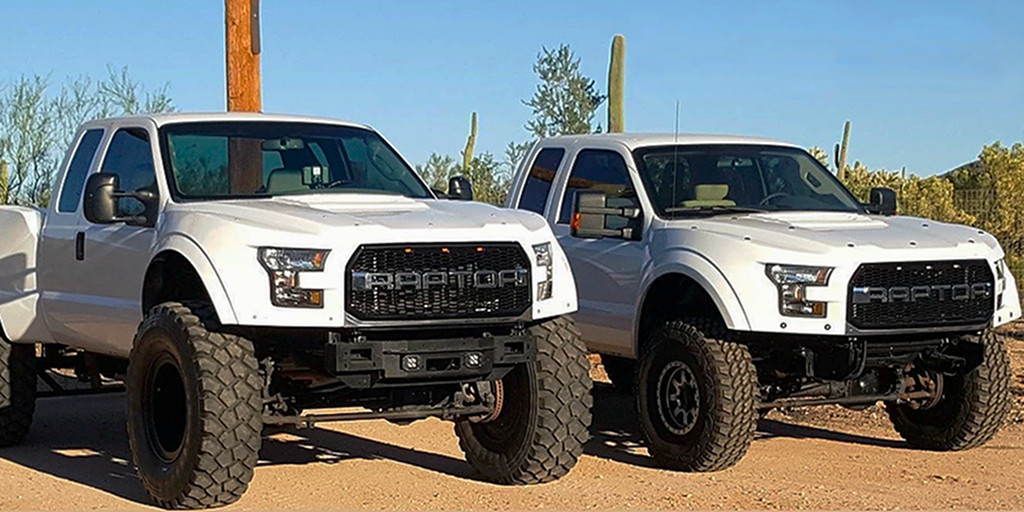 The 2017 Ford F-150 SVT Raptor is a force to be reckoned with both on the road and off. Mostly at hope hitting triple digit speeds on the undulating Baja trails and sand dunes, the truck changed the game when it first popped on the scene 2009, and OEMs have either been playing catch-up or avoiding the segment altogether. But when it comes to both being able to blitz the trails and carry impressive payloads, even a truck as formidable as the F-150 Raptor has limitations. So when Baja race teams hope to utilize the Ford Raptor for support vehicles – which carry all of the spare tires, parts and tools for the race – the Raptor has been revealing itself as compromised. Though in defense of the Ford Raptor, we would rather have its off-road speed and agility all day. That said, what if Ford offered a Raptor variant that was able to handle more weight, while being able to trek the turbulent trails at sufficient speed?

According to sources, Ford is looking at delivering exactly that, and will use the Super Duty to do it. The all-new Ford Super Duty has been making waves as the workhorse truck of the moment, and its capabilities could hit the trails with the right upgrades. This is something that the aftermarket has already tapped into, as seen above with the MegaRaptor.

Just what sort of weight could be hauled with, say, the F-250 Super Duty? 4,150 lbs max payload for the F-250 Super Duty 4×2, and 3,730 lbs in 4×4 configuration. An F-150 Raptor payload is said to be a mere 1,200 lbs, at best, in Super Crew form. Of course, a more off-road oriented suspension system would lower the current numbers of the F-250, but it would still be able to have weight limits well beyond a half-ton Raptor. Meanwhile, the solid rear axle of the F-250 isn’t ideal for traveling over uneven terrain at high speeds, so we could see some sort of change there, which would likely lower the payload specs further, if that’s the case.

A Ford Raptor Super Duty would also create a trifecta of off-road trucks from Ford Performance, as a 2019-2020 Ford Ranger Raptor is expected to emerge as a competitor to the Chevrolet Colorado ZR2, as well. As for a rival to a Ford Raptor Super Duty, the Ram Power Wagon immediately comes to mind. As time goes, we expect to hear more rumblings of a Super Duty Raptor, but until then, just know you read it here first.