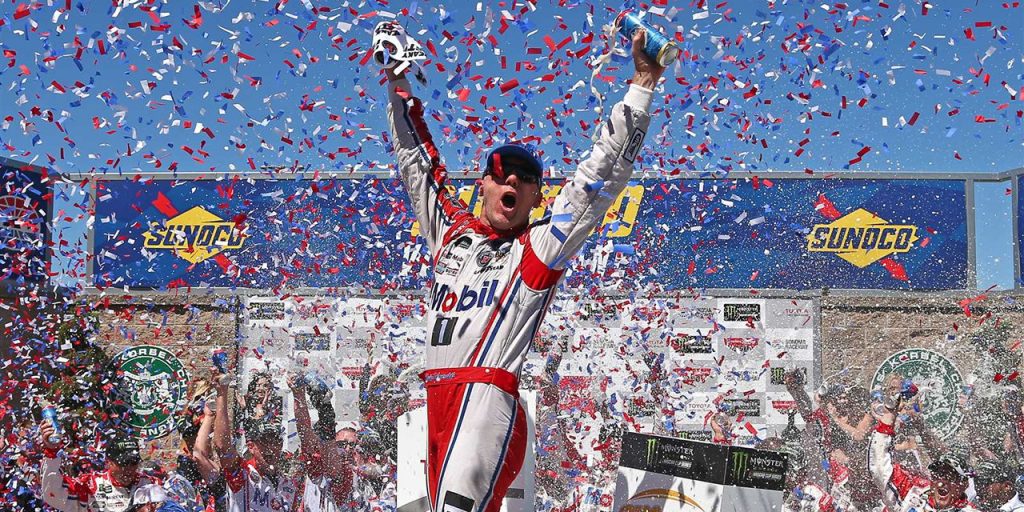 Harvick (No. 4) was flanked on the podium by fellow Ford drivers Clint Bowyer (Stewart-Haas Racing No. 14) in second and Brad Keselowski (Team Penske No. 2) in third. The Toyota/Save Mart 350 was Harvick’s first win of this Monster Energy NASCAR Cup season, his first win in a Ford, and his first win at Sonoma Raceway.

“It means a ton to finally check this one off the list,” said Harvick. “I feel like we’ve been close a couple times but never put it all together. Being so close to home and having raced here so much, this was one that was on the top of the list and today we were able to check that box.”

With this race win, Kevin Harvick is now in third place in the 2017 Monster Energy NASCAR Cup standings.