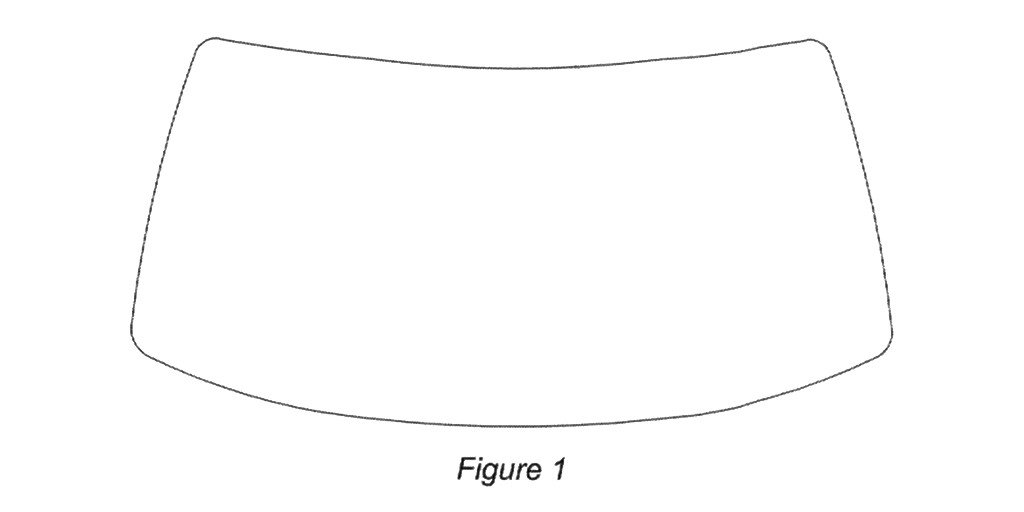 The Electronic Frontier Foundation – a nonprofit committed to “defending civil liberties in the digital world” – has awarded Ford Motor Company “Stupid Patent of the Month” for the automaker’s design patent on a windshield.

Design patents, the EFF explains, are the lesser-known sort of patent. Most people, when they hear the word “patent,” think naturally of utility patents, which cover new, functional inventions like devices, parts, materials, processes, etc. Design patents are more akin to copyrights, except that instead of protecting written works, music, and the like, they cover the non-functional, stylistic aspects of functional things.

So for instance, if you were to create a new piece of software, you might seek a utility patent on the algorithm that makes the software work, and a design patent on the graphical user interface.

Ford’s windshield design patent doesn’t describe some new means of, say, embedding an antenna within the windshield, or of bonding the constituent layers of glass differently to lend the part greater resilience to cracking; it only describes the overall shape of the windshield. That shape is now a protected piece of intellectual property, meaning that no third party can legally create a replacement part so long as that design patent stands.

Hence the patent earns the EFF’s “Stupid Patent of the Month.” The nonprofit suspects that Ford’s design patent is nothing more than an attempt “to control the market for repair,” keeping aftermarket companies from being able to offer a less-costly or otherwise superior repair part.

There is currently something resembling a war quietly waging between the producers of goods and end users/third-party companies, over who is allowed to repair and modify purchased products. By granting Ford this windshield design patent, the US Patent and Trademark Office just tipped the scales ever-so-slightly toward allowing producers to shut out private people and the vehicle aftermarket.