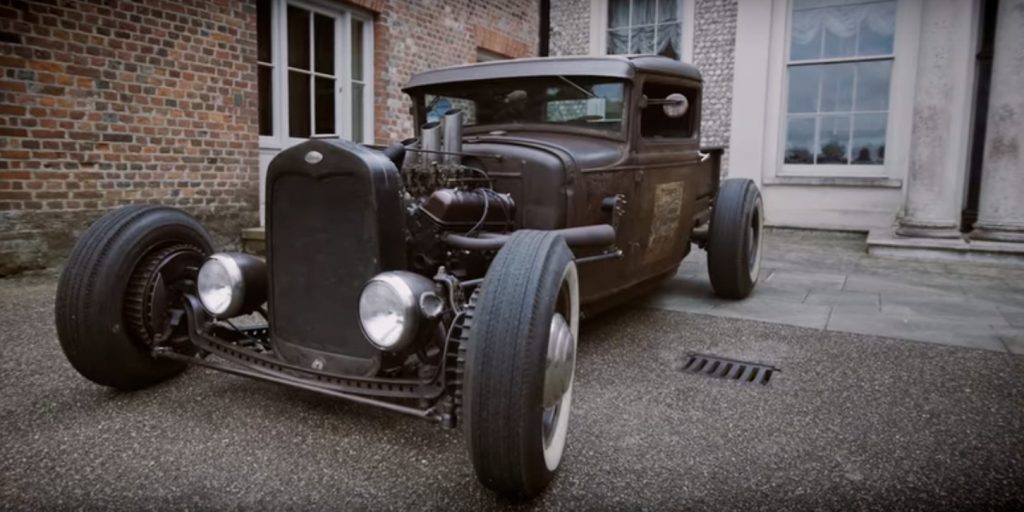 The United Kingdom may seem like an unlikely place to catch a loud, weathered old American hot rod, but Goodwood founder Lord March and his 1929 Ford Model A are only too happy to buck the trend.

Featured above in a recent video from Goodwood Road & Racing, Lord March’s Ford Model A was acquired exactly where one might expect to find such a car: Bonneville, Utah. He had it shipped home and rebuilt from the ground up, and the final result is effortlessly cool.

“It’s just a great-looking thing. It looks like someone’s pulled it out of a lake or something,” the owner says. “If the devil was a car, this would be it.”

This thoroughly-personalized Ford Model A features saddle leather on the seats, console, and even the floor. The hood has been permanently removed up front, exposing a Chevrolet small-block V8 with three carburetors and Lincoln valve covers. Yes, that’s quite the blasphemous mix of parts, but surely even the most diehard of purists can agree that it’s permissible in this context.

There’s plenty more here to love. To get a proper look at Lord March’s unique, 1929 Ford Model A hot rod, watch the video above from Goodwood Road & Racing.