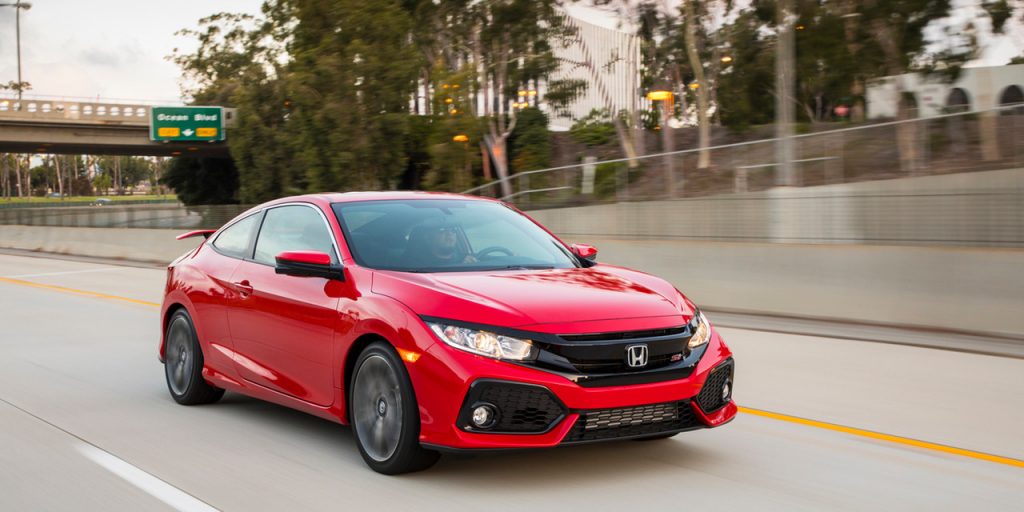 In purely numerical terms, the current-generation Ford Focus ST has the latest Honda Civic Si beat, hands down; where the turbocharged 2.0-liter EcoBoost in the Ford peaks at a mighty 252 horsepower and 270 lb-ft of torque, the Japanese car’s more humble 1.5-liter turbo tops out at 205 and 192, respectively. Those are impressive figures for such a diminutive engine, to be sure, and they help the much lighter Civic nearly match the Focus ST in the sprint to 60 mph, but the American-branded hot hatch nonetheless comes out on top.

But of course, a bit of clever tuning can squeeze additional power and torque out of just about anything, and a new release from a firm called “Hondata” ought to put every stock-Focus ST owner on notice. According to Autoblog, Hondata’s latest product – a pack of engine calibrations created specifically for the new, 2017 Honda Civic Si – pushes peak output in the hot hatch to 232 horsepower and 252 lb-ft of torque. That’s still a bit less than the stock Ford Focus ST, but given the weight disparity between the two cars, we imagine its enough to close the straight-line performance gap, and then some.

What’s more, those figures are only for the “recommended” tune, which adds 6 psi of boost to the turbocharged motor; another calibration adds 9 psi of boost, taking peak torque up to 272 lb-ft. But Hondata notes that with this tune installed, their Civic Si experienced some clutch slippage on the dyno. Check the Hondata website for more.

The current, Mk III Ford Focus ST isn’t long for this world, as the third-generation Focus on which it’s based will end production in 2018. What form the next iteration might take is anyone’s guess, but rumor has it that it will be powered by a turbocharged 1.5-liter engine capable of 275 horsepower.