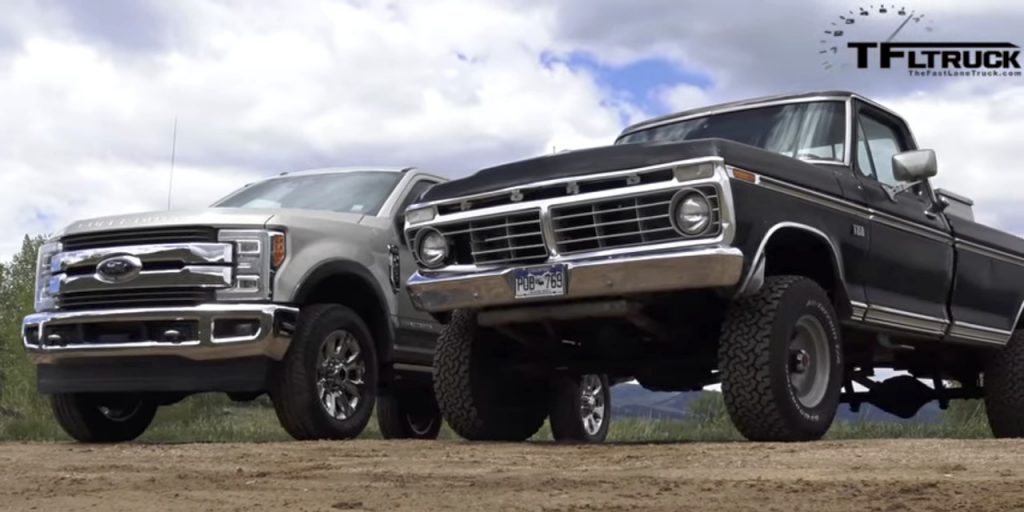 In 1974, the vast majority of passenger vehicles were still utilizing carburetors for their engine fuel delivery, the use of seatbelts was not mandatory, and airbags were scarcely-offered optional equipment.

Needless to say, things have changed – a fact highlighted in a recent video from The Fast Lane Truck, which compares a 1974 Ford F-250 “highboy” to a modern-day, 2017 model. The latter is equipped with Ford’s latest-and-greatest 6.7-liter Power Stroke diesel, and the former, a good ole 360-cubic-inch gasoline V8.

To find out how these two temporally-distant Ford F-250 pickups stack up against one another, watch the video above.

Ford Compares The Mustang To The Chevrolet Camaro: Video