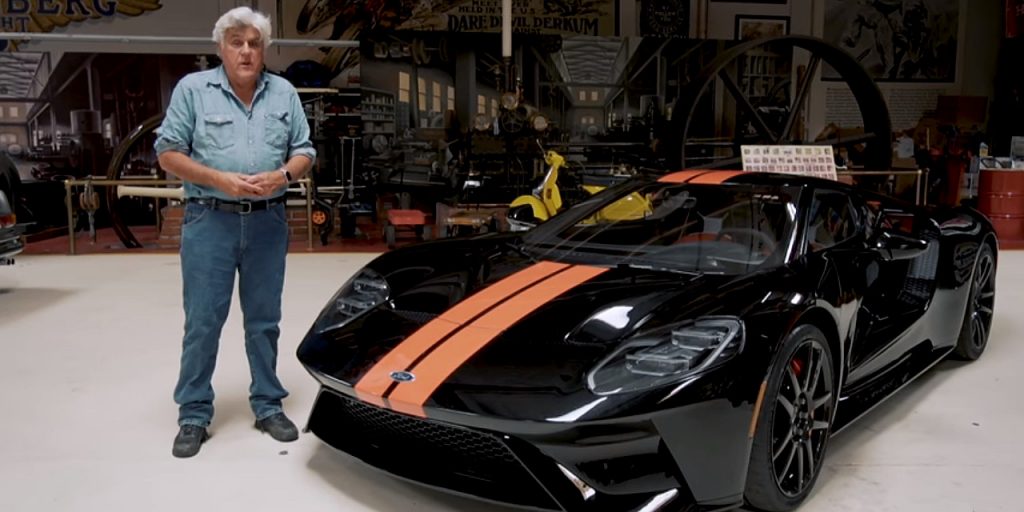 Famous comedian and car enthusiast Jay Leno is one of a lucky few who were not only given the go-ahead by the Blue Oval to purchase the all-new Ford GT supercar, but have already taken delivery. An Instagram photo last month delivered the happy news to his followers, and gave us our first look at how the motoring fanatic spec’d his Ford GT example: Shadow Black with Competition Orange stripes, with what we believe to be the optional carbon-fiber wheels.

So far, Mr. Leno hasn’t released any video content with his brand-new Ford GT. That is, save for the video above, in which the comic walks us through a couple of the projects currently occupying space in his garage before stopping at the 647-horsepower supercar. It’s then that he tells us he’ll do a road test video with the 2017 Ford GT “very very soon, hopefully within a couple of weeks.”

“Just gonna put some miles on it first, you know; get a feel for the thing.”

We’ll be waiting. Leno’s ongoing video series, Jay Leno’s Garage, has been an excellent way to get acquainted with interesting – and often rare – automobiles since the YouTube channel was launched more than 5 years ago.