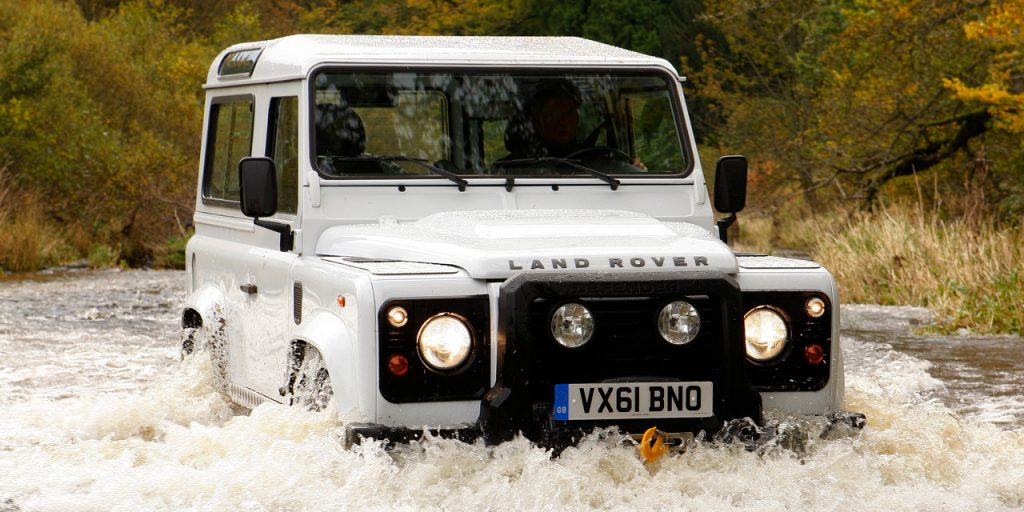 UK-based firm JE Motorworks is hard at work on a couple of engine conversion options for Land Rover Defender owners, using the same 2.3-liter EcoBoost I4 as featured in the Ford Focus RS and Ford Mustang EcoBoost.

With this conversion, JE Motorworks has their sights set not so much on performance, but on efficiency and emissions. Autocar reports that the Focus RS’ 2.3L EcoBoost, which offers peak output of 350 horsepower and 350 lb-ft, only emits some 175 g/km of CO2. Compare that to the latest Duratorq diesel to be installed in the Land Rover Defender, which displaces 2.2 liters, peaks at 120 horsepower and 265 lb-ft, and emits 266 g/km of CO2.

“We are seeing increasing rules and regulations restricting the use of diesel-engined vehicles in certain environments, particularly in cities, all over the world,” explains JE Motorworks Chair and Chief Engineer Jonathan Douglas he said. “We expect many Defender owners will see a modern, direct-injection petrol engine as a good, more environment-friendly solution.”

The 2.3L Ford Focus RS/Mustang EcoBoost motors will be modified by JE for use here, in order to “perform in a more tractor-like fashion while maintaining healthy emissions figures” so that the Defender can retain some of its original driving character. Two conversion options will be available to owners: one with a manual tranmsission, and one with a six-speed Tiptronic automatic.

Pricing for the former conversion is expected to land somewhere just shy of £20,000 (about $26k US), according to Autocar. The automatic version will cost a bit more, as mating that transmission to the engine will require additional work.