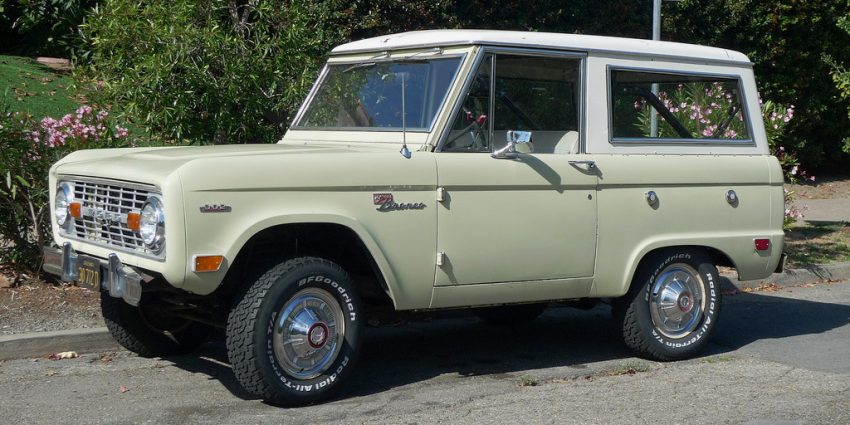 The Mk I Ford Bronco SUV, produced from 1966 to 1977, has ascended straight to the top of Hagerty’s latest Vehicle Rating list. The list, last updated May 1st, tracks the appreciation of classic models relative to the classic vehicle market as a whole, attributing a rating out of 100 maximum points. Fifty points is equal to the average rate of appreciation for the entire market.

“First-generation Broncos leaped up around 9.5 percent on average,” says Hagerty information analyst Mike Guilfoyle. “The CJ-7s’ increase was only a quarter of that.”

Guilfoyle says that the results at Barrett-Jackson’s Scottsdale auction last January were especially remarkable. “The four Broncos that sold there went some 40 percent higher than what we had in the then-current guide, given their condition. But sales have been very strong for a while, and Price Guide values have been shooting up to match.”

Hagerty notes that a major factor in its Vehicle Rating list is affordability; just two of the top 25 fastest-appreciating classic vehicles have average values above $25k.