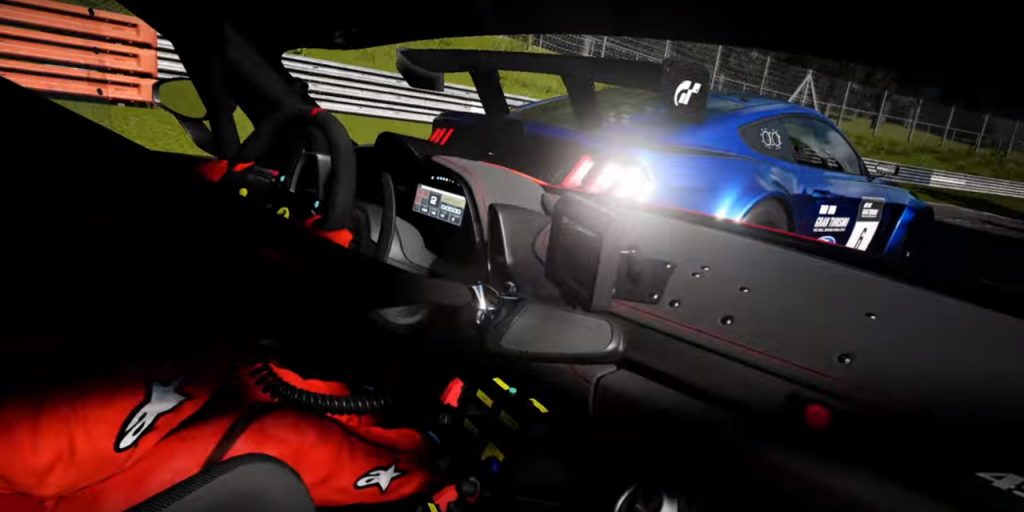 This week, the official E3 trailer for Polyphony Digital’s forthcoming Gran Turismo Sport racing game launched, stirring up all kinds of longing and excitement. First announced in the fall of 2015, the game was originally intended to launch late last year, but the release date has since been pushed back to fall, 2017.

Gran Turismo Sport will be the first game in the franchise to come to the Playstation 4, and it promises to differ markedly from earlier titles by shifting the focus toward competitive human-vs-human racing, and away from car collecting. “This is real racing,” the trailer dictates emphatically. “Driver versus driver. Human against human. This is a chance to get better, stronger, and faster.”

Granted, even with the reduced focus on amassing a collection of different whips, plenty of covetable speed machines will appear in Gran Turismo Sport, including from Ford. According to a list posted on a fan-made wiki, the portfolio so far includes a 2015 Ford Mustang Premium fastback, Mustang Group B rally car, Group 3 and Group 4 Mustangs, a Focus Group B rally car, and a 2015 Focus ST. We’d bet on still more from the Blue Oval making its way into the final product.

If, come autumn, there’s no one minding this website, you’ll know what’s occupying our time.