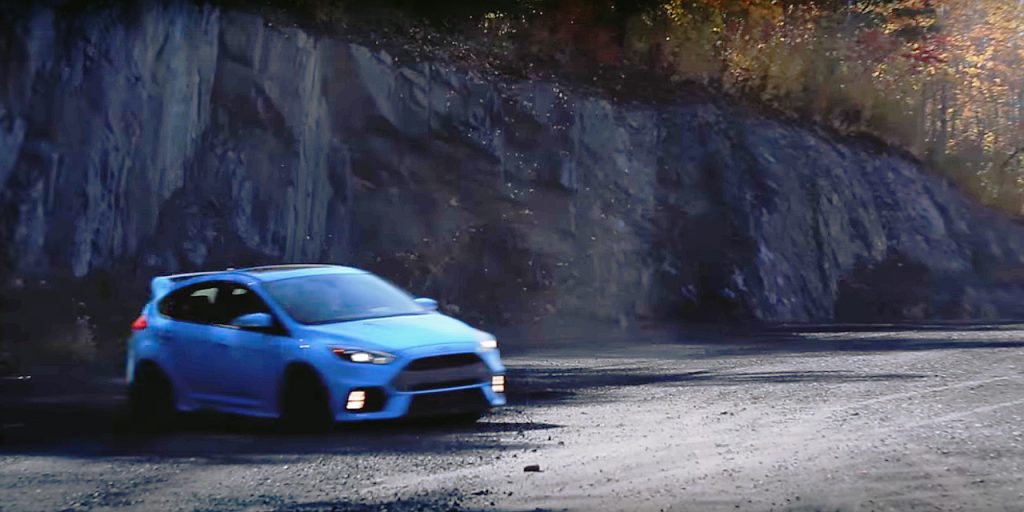 Ford’s “RS” badge, of course, stands for “Rallye Sport” – although you mightn’t know it given how much every written review and video piece about the latest Ford Focus RS keeps the discussion centered on its performance on paved streets and road courses.

But the car, which boasts a trick AWD system and inspired an M-Sport-built competition version for the FIA World Rallycross Championship, should fare just fine on loose surfaces – at least, one would suspect. To find out whether this is the case, Ryan Symancek from “My Life as a Rallyist” on the /Drive YouTube channel grabbed a 2016 Ford Focus RS belonging to his friend, Alex Jagger, and headed out to the Team O’Neil Rally School in Dalton, New Hampshire.

That would be cool enough on its own, but as an added bonus, after Ryan and Alex finish auditioning the factory Focus RS on the gravel, Ryan is invited to drive a genuine custom, 300-horsepower, rally-bred beast built from a first-generation Ford Focus. It may not have the AWD or the 350 horsepower of the factory Mk III Focus RS, but it’s got a sequential gearbox, hydraulic handbrake, and a thoroughly reworked suspension. All of that’s got to count for something.