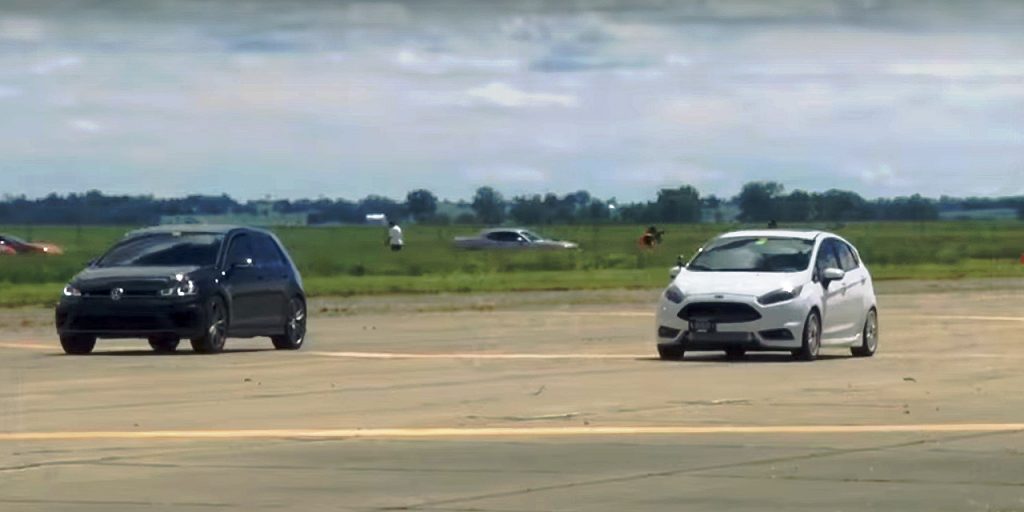 There’s a very simple reason that you don’t often see front-wheel-drive cars at the dragstrip: traction. Weight shifts rearward under acceleration, so that the average FWD car has a far more difficult time maintaining sufficient load on the driven wheels during hard acceleration than a comparable rear-wheel-drive car.

Thankfully, that doesn’t stop some folks from trying.

A recent piece from 1320Video looks at the owner of a modified 2015 Ford Fiesta ST who gets his kicks by pwning unexpecting drivers at the dragstrip. The Fiesta ST features a Dead Hook Motorsports GTX2863R turbo kit and a TiAL external wastegate, good for “anywhere from 360 to 380 horse, sometimes a little bit more,” the owner says. He admits that traction is a problem, but says the car’s relative lightness is a helpful asset.

DSPORT Makes A 2015 Ford Fiesta ST Most Potent For SEMA