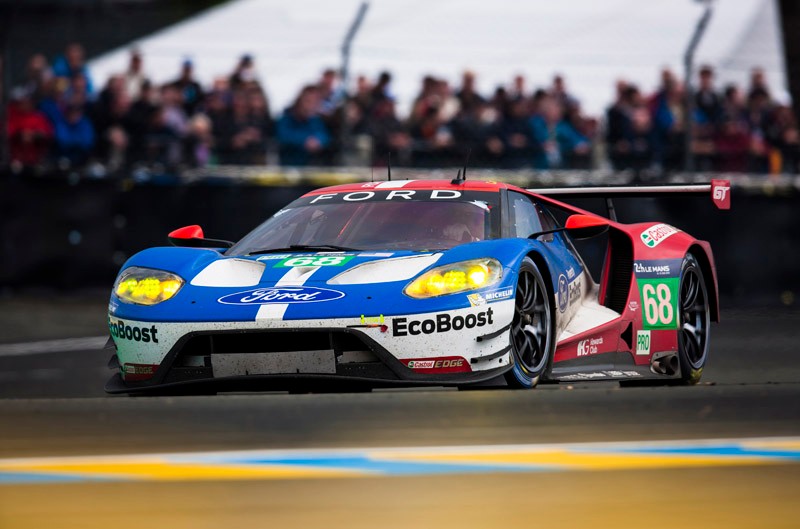 Chip Ganassi Racing IndyCar driver Tony Kanaan will replace Sebastien Bourdais in the No. 68 Ford GT for the 2017 24 Hours of Le Mans, the team has announced.

Bourdais was badly injured in a crash during qualifying for the 101st running of the Indianapolis 500 earlier this month. The Frenchman is currently recovering from his injuries at home and isn’t expected to return until next season.

Kanaan has already spent a significant amount of time behind the wheel of the Ford GT racecar. He competed in this year’s 24 Hours of Daytona with the CGR Ford GT team and led a number of laps in the No. 69 car before finishing fifth. The veteran racer is looking forward to his first outing to Le Mans.

“It’s an honor to be named a part of the Ford GT lineup for Ford Chip Ganassi Racing at the Le Mans 24,” Kanaan said. “It’s obviously an unfortunate situation that brought us to this point with Sébastien’s injuries, but I’m going to do my best to take his place and try to help win this amazing race for the team again this year. This race has definitely been on my bucket list for a long time, so I’m thankful that Chip and our partners at Ford have given me this opportunity.”

Kanaan will get his first opportunity to test the Ford GT at Le Mans during test day for the race, which is to be held on June 4th. The race is to go green on June 17th.