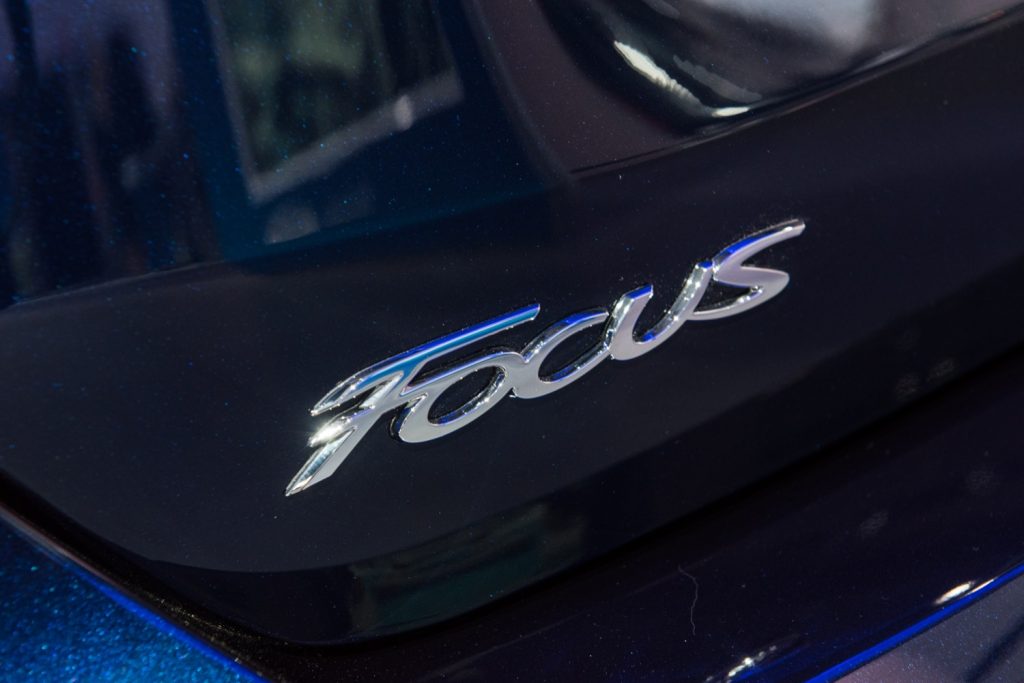 At last, the next-generation Ford Focus has been spied in its sedan body style. Automotive News has the photographs, which depict a larger C-segment sedan than today’s offering, with significantly different styling.

The next Ford Focus, which is expected to bow for the 2019 model year, will be built for the US market primarily in China. Like the current compact car, it will be available in both sedan and hatchback form. We fully expect Ford to ditch the trouble-prone PowerShift DCT and instead utilize the new 9-speed transverse automatic co-developed with General Motors.

Interestingly, Automotive News seems to think that the broad, flat doors on the spied Focus sedan could indicate the use of aluminum; there are limits to how much deformation current alloys can withstand in stamping without sheering. Given Ford’s use of the stuff in the F-150, F-Series Super Duty, and Expedition, not to mention its huge investments into electrification, it wouldn’t astonish us to learn that Ford is giving its compact a lighter-weight body in the hopes of boosting fuel economy.

Be sure to drop by Automotive News for the 2019 Ford Focus sedan spy shots.