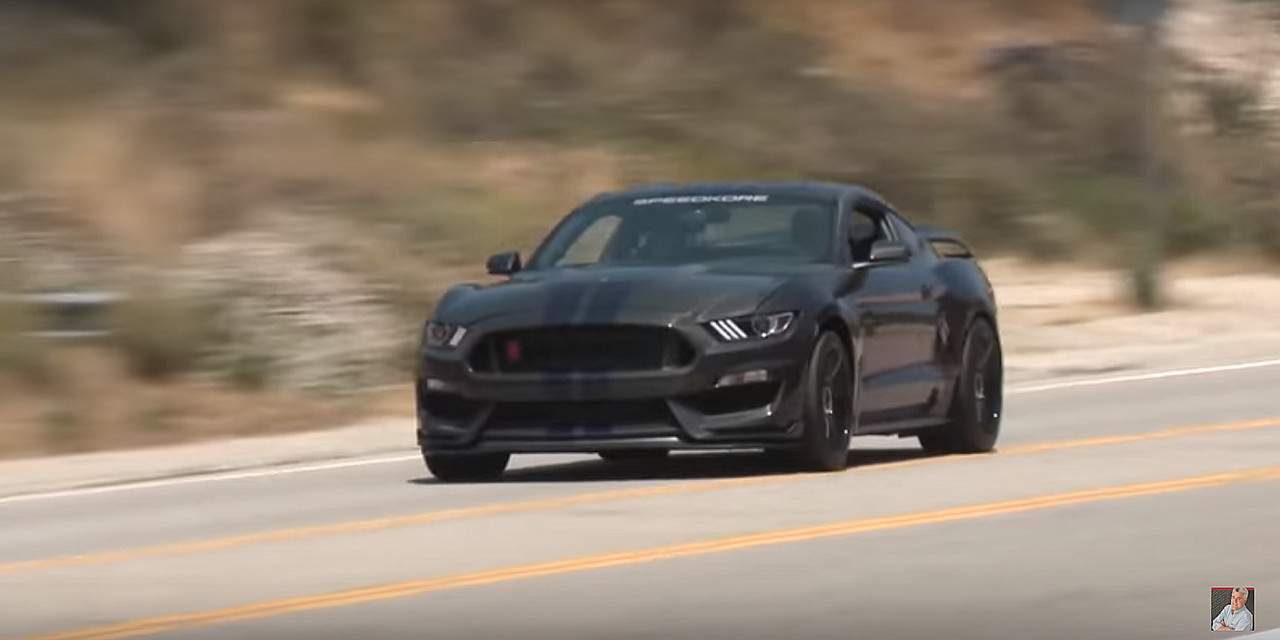 “Simplify, then add lightness,” Lotus Cars founder Colin Chapman once allegedly said. Whether an accurate quote or no, it’s undeniably the case that the carmaker he launched lives and breathes by the mantra, maximizing acceleration, braking, and handling performance by cutting down on the mass of its car designs using whatever means available.

Minimizing mass is, in fact, quite often the shortest route any given car design can take to optimize its performance on the road course or drag strip. That’s why the folks at SpeedKore Performance Group have taken the current Ford Shelby GT350R Mustang – already a phenomenal performance machine – and, without toiling away on complicated engine modifications or upgraded brake and suspension components, made it an even stronger track star by rendering its body in carbon fiber rather than steel.

On the latest episode of Jay Leno’s Garage, host and comedian Jay Leno meets with SpeedKore Vice President and Builder David Salvaggio to talk about the company’s new “Carbon Series” Shelby GT350R (and GT350) Mustangs. The company offers three different packages – Light, Lighter, and Lightest – with varying levels of equipment. It’s the “Lighter” Shelby GT350R that Mr. Salvaggio brings by Jay Leno’s place in this video – a package which includes carbon-fiber body panels for the whole car, at a cost of about $64k (per the SpeedKore website).