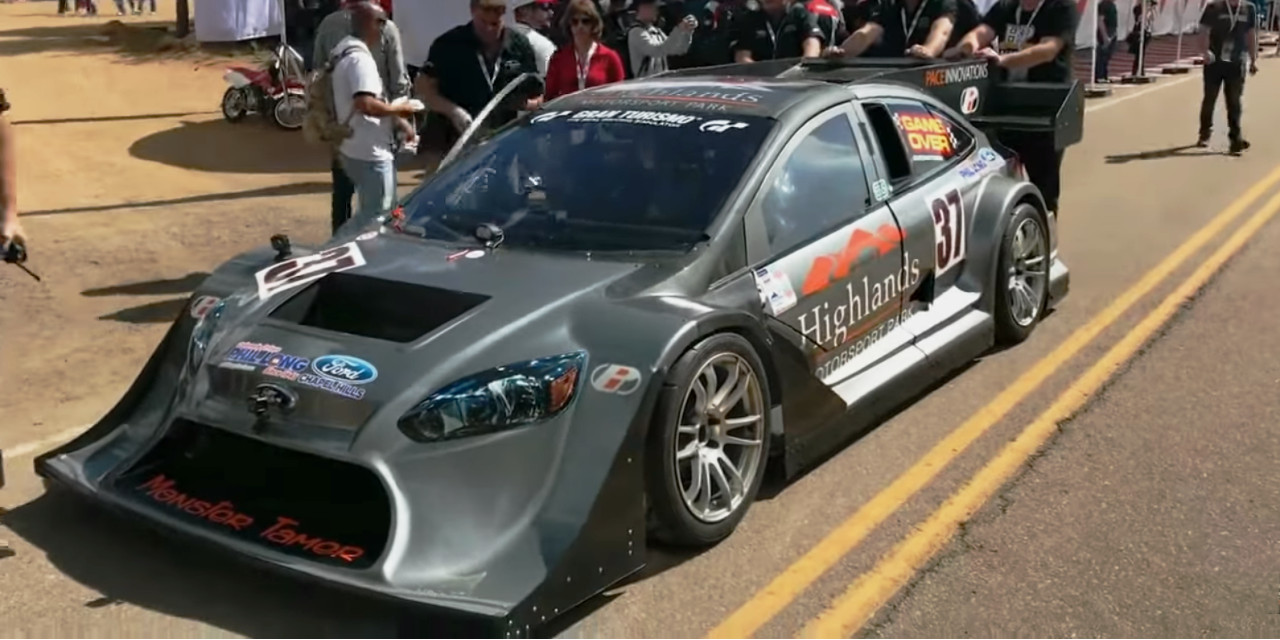 Every year, the Pikes Peak International Hill Climb brings out some of the absolute most radical metal, attracting supremely-capable, purpose-built racing machines with superlative aerodynamics and copious horsepower.

All of this describes the Ford Focus RS Mk II shown in the video above, built by Australia’s Pace Innovations with an all-wheel-drive drivetrain and a Nissan GT-R powerplant (unlike the current Mk III, the Mk II Focus RS was FWD from the factory). Despite its looks, the car actually shares very little with the production Focus RS Mk II: just the A-pillars and the windshield. The rest has been fabricated on a tube-frame chassis, with a design that puts the engine behind the driver rather than in front, as in the factory Nissan GT-R.

We discussed this Pikes Peak hill-climbing machine ahead of the event back in May, although at the time, we didn’t have access to some crucial performance stats. Now, we know that it produces 850 horsepower – 259 more than even the range-topping GT-R NISMO production car – and weighs a scant 2,100 lbs.

Yup, that oughtta do it. To see and hear this high-powered hill-slaying weapon in action, watch the video above. 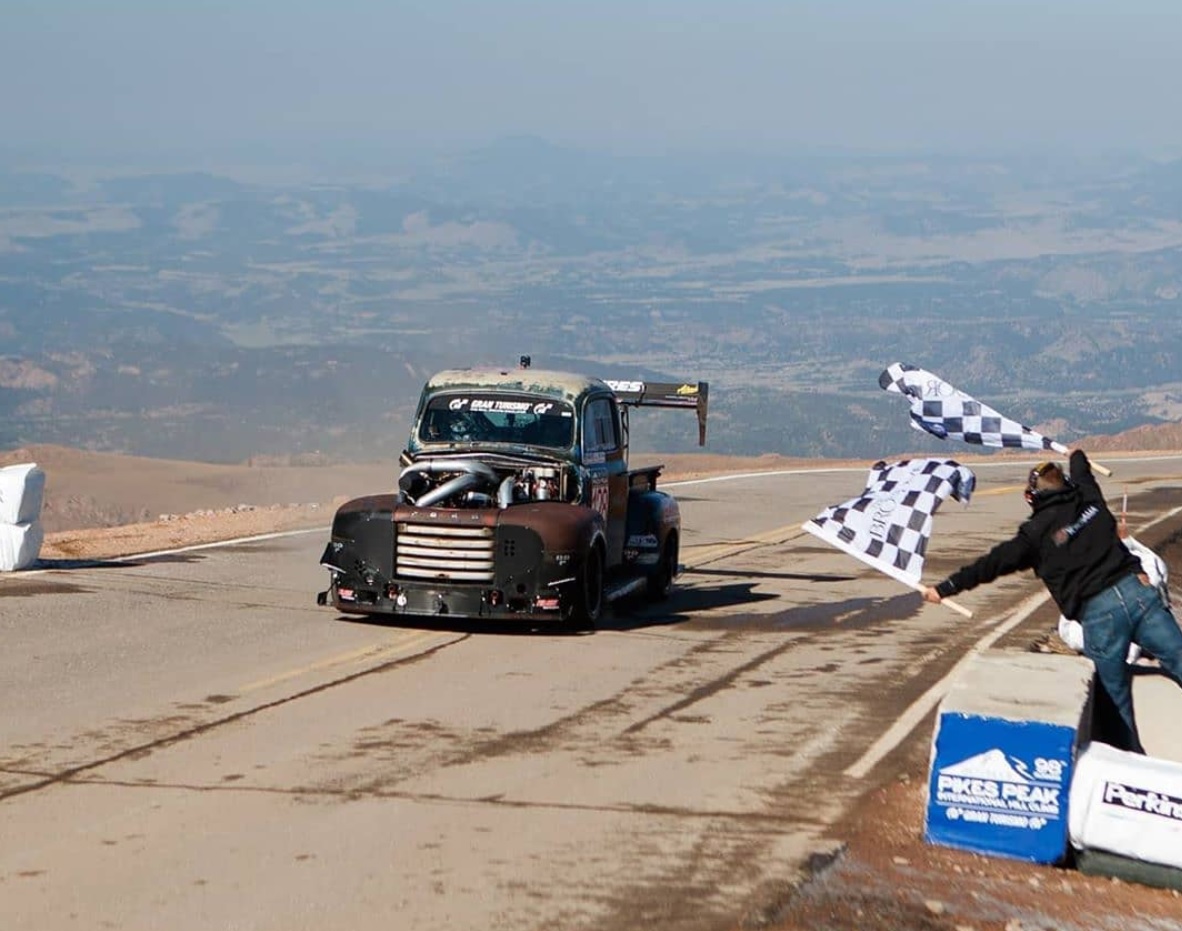