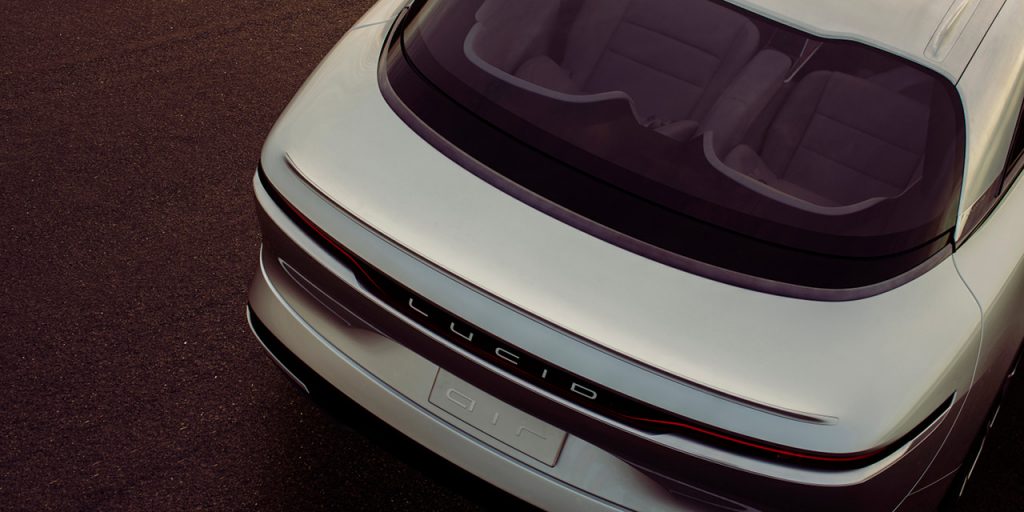 California-based electric car maker Lucid Motors is looking for some way to finance the ongoing development of its first road car – the Lucid Air – and a future production facility in Arizona. To that end, the company has hired Morgan Stanley to help with a new, fourth round of financing, Bloomberg reports, and more drastically, was recently in talks with Ford Motor Company about a possible takeover.

Ford is reportedly not looking to acquire Lucid Motors at the moment, as the automaker’s new CEO Jim Hackett reviews its priorities and expenses, but neither has Ford ruled out the possibility of a takeover later down the line.

Ford in late-2015 announced $4.5 billion in future investments into expanding its electrified-vehicle portfolio. The company has already announced seven of the thirteen new electrified nameplates that would result from the investments, but lacking a battery-electric car with 200 or more miles of range, it still languishes behind rivals like General Motors, whose new Chevrolet Bolt EV “crossover” delivers an EPA-estimated 238 miles on a full battery charge.

Acquiring Lucid Motors could provide Ford with a shortcut to having a desirable, long-range battery-electric vehicle in the lineup – albeit an expensive one. A well-equipped Lucid Air is expected to cost upwards of $100k when it goes on sale within the next two years.

“We don’t have the money in place. That’s why we need to secure [fourth-round financing]” Lucid Motors CTO Peter Rawlinson said last April. “It would be irresponsible to start moving earth or start anything until we have a financial runway to execute that professionally and with absolute integrity.”

Lucid’s future manufacturing facility in Arizona, which will be the company’s first, is expected to cost around $700 million, according to Bloomberg.