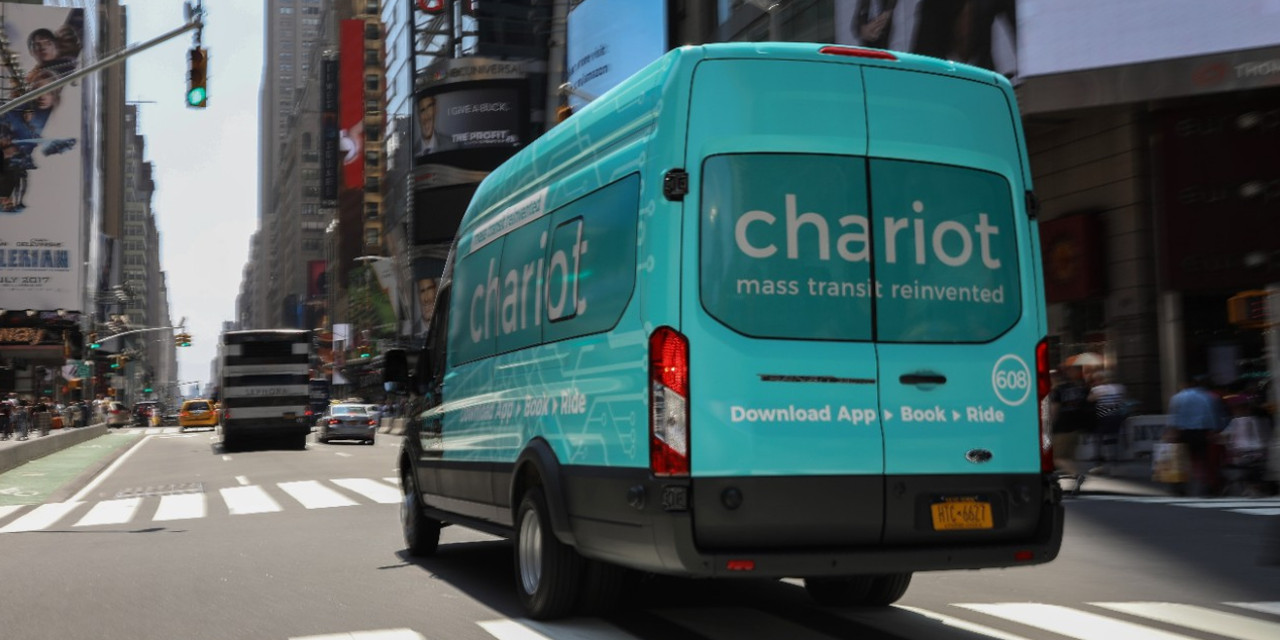 Ford Motor Company this week announced that it will bring its crowd-sourced shuttle service “Chariot” to New York in August, providing efficient transit to America’s most populous city. The service will launch with two pre-planned service areas in Manhattan and Brooklyn, while more will be created through crowd-sourcing.

How Does It Work?

Each ride will cost a flat fee of $4, and users will be able to access a map using the Chariot moble app that shows new, proposed service areas, with the option to contribute in order to support those routes. Ford’s Global Data, Insights & Analytics team will help with route-planning, using clever algorithms to sort out how best to serve customer requests taking into account demand, behavior patterns, traffic data, and transportation infrastructure.

Ford says that Chariot’s presence in New York could be of special use to those who live in “transit deserts” – areas without easy access to public transit junctions.

“Our mission at Chariot is to provide reliable, safe and affordable transportation for as many people as possible,” says Chariot CEO Ali Vahabzadeh. “We want to connect people more easily to where they want to go – whether they need help making it to a transit hub or live in an area underserved by public transportation.”

Ford purchased Chariot, a San Francisco-based startup company, in September, 2016, and has since expanded the shuttle service to Austin, Texas and Seattle, Washington. Ford and Chariot plan to put 60 shuttle vans into service in New York City this year.

“We know how important it is for everyone to be able to get around effectively – especially in densely populated places like New York,” says Ford City Solutions Director Jessica Robinson. “Chariot is one way we’re trying to help cities accommodate their residents and ensure people aren’t sacrificing their needs as a result of limited mobility options.”