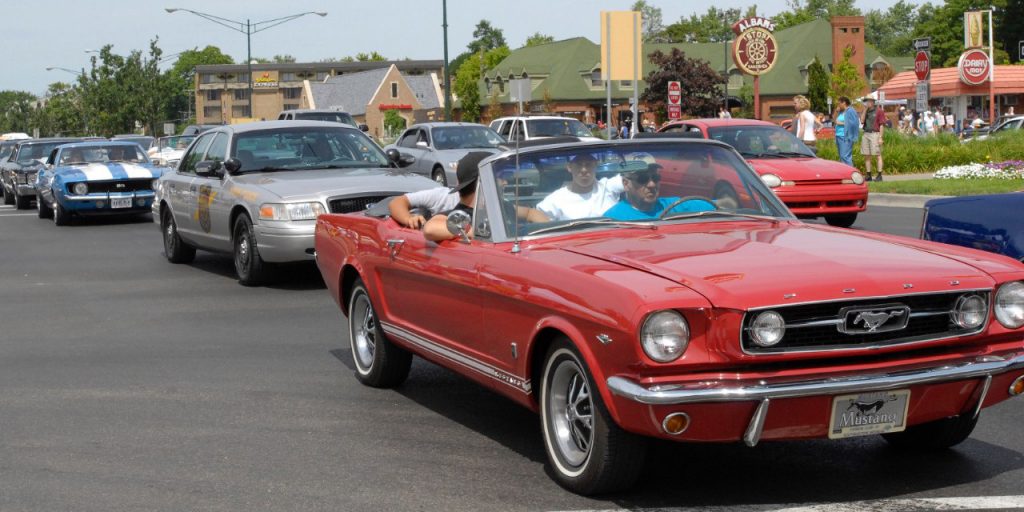 Ford Motor Company has announced that it will serve as presenting sponsor for the 2017 Woodward Dream Cruise – a massive, annual celebration of classic cars and motoring history in the Detroit area. Started in 1995, the Dream Cruise is reportedly the world’s largest one-day car event, routinely attracting more than a million motoring enthusiasts. This year’s event is expected to pull in 1.2 million people and some 40,000 cars.

The 2017 Woodward Dream Cruise will fall on Saturday, August 19th.

“Dream Cruise is all about the sheer joy and freedom of the automobile, and Ford has always celebrated car culture,” says Ford US Marketing, Sales & Service VP Mark LaNeve. “From Fiesta to GT, we’re obsessed with making driving fun and we’re committed to celebrating that passion with enthusiasts of all ages in the birthplace of motoring.”

Making a return in 2017, for its 19th straight year, is “Mustang Alley” – a designated area for classic and contemporary Ford Mustang models to pull up and park at the Woodward Dream Cruise to be admired by fans. Ford, along with tuning shops like Roush Performance, also regularly participate in Mustang Alley, and the Blue Oval this year will wheel out an example or two of the refreshed, 2018 model.

Oh, and not that you need the help, but Ford’s Driving Skills For Life program will be there, too.

“We are elated to have Ford Motor Company’s commitment to the Woodward Dream Cruise, and we look forward to working together on this annual tradition that puts our region in the national and international spotlight,” says Dream Cruise Executive Director Tony Michaels. “Ford consistently strives to make the Detroit region stronger, and we are incredibly grateful for their partnership.”