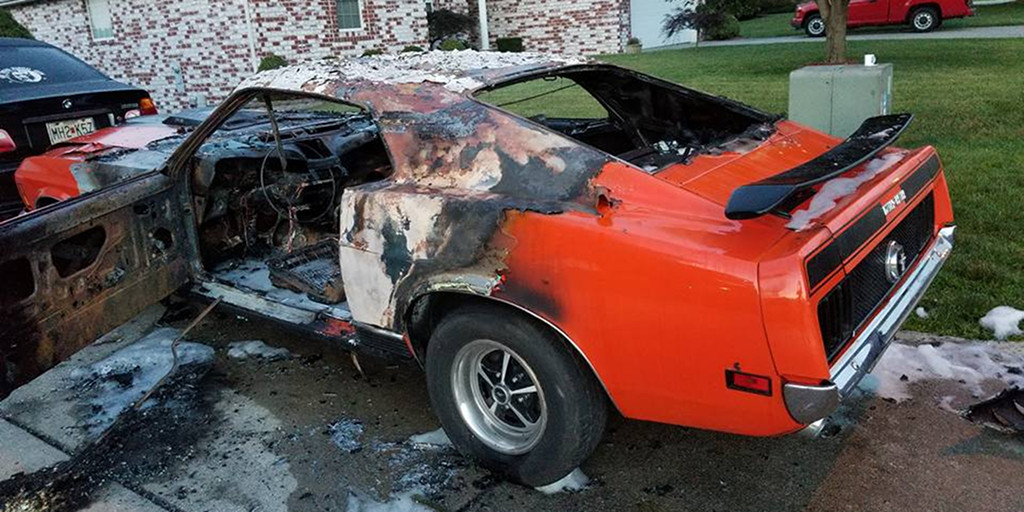 Last week, an arsonist destroyed the prized possession of one 7-year-old boy with Lesch–Nyhan syndrome – a rare, inherited disorder that causes a surplus of uric acid in the body, gouty arthritis, involuntary muscle movements, self-mutilation, and other issues. That possession was a 1970 Ford Mustang Mach 1, gifted to the boy, Nino Welcome, by his grandfather last May.

It’s uncertain how much of the car’s estimated $30k to $40k value will be covered by insurance, or whether the machine is salvageable. Regardless, a do-gooder named Parker Asay launched a GoFundMe campaign to help pay for the cost of repairing or replacing Nino’s Ford Mustang Mach 1, and it’s already managed to raise $13,690 at the time of this writing, despite only asking for a total of $5,000. In all, 326 Good Samaritans so far have pledged money in the 5 days that the campaign has been active.

Although the campaign has already far outreached its initial goal, we’d applaud you if you still felt the urge to donate. Visit GoFundMe.com to make a pledge to Nino Welcome’s Ford Mustang Mach 1 fund.