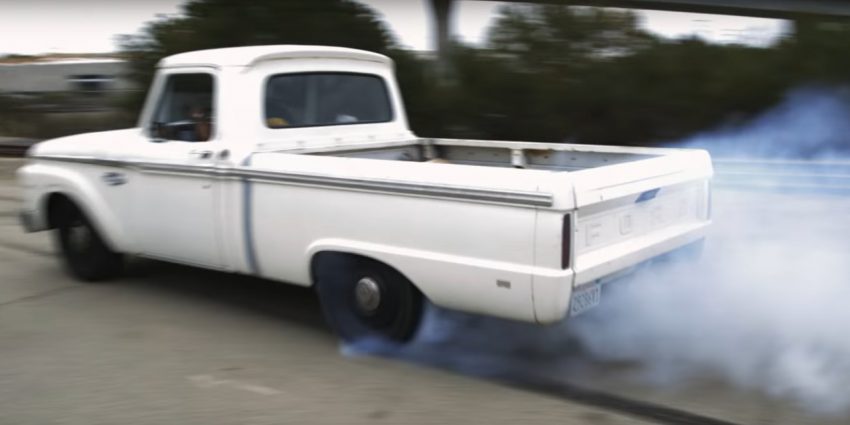 When last we left off with the guys at Motor Trend‘s “Hot Rod Garage”, they had just finished buttoning up the “Crown Hick”: a 1966 Ford F-100 pickup truck sitting on a 2007 Crown Victoria Police Interceptor frame, with that car’s powertrain left in place. That bit of customization had the intended effect of transforming the ancient Ford F-100 into a relatively competent cruiser with decent handling and an adequate amount of thrust.

Alas, there’s a problem: “adequate power” doesn’t quite cut it when it comes to hot rods. That’s why, in the latest episode, Tony Angelo and Lucky Costa set about fitting the 4.6-liter Modular V8 with a centrifugal supercharger from Vortech. With that, the two hosts suspect they’ll have bumped output up to around 400 or so horsepower – “the cuspis of pain,” as Lucky calls it. As it sits at the start of the episode, the Crown Hick Ford F-100 puts out around 244 horsepower at the rear wheels.

After a reasonably straightforward install, Tony and Lucky fire the truck up and take it to a local shop for tuning, discovering that with the Vortech supercharger, their Crown Vic-based 1966 Ford F-100 now peaks at a mighty 379 horsepower at the wheels – an improvement of more than 55 percent. Not bad for a 51-year-old truck.

Watch the full install process in the video above.