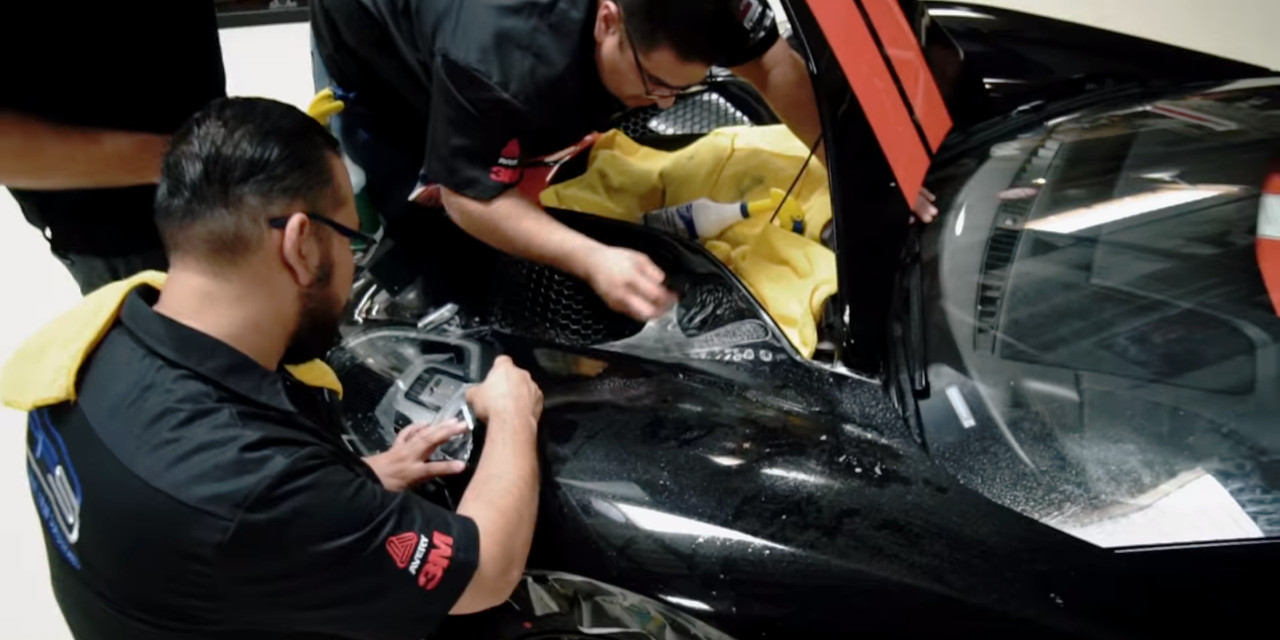 Former Tonight Show host Jay Leno was among the first US customers to take delivery of the brand-new Ford GT supercar, featuring it in a lengthy, detailed episode of Jay Leno’s Garage on YouTube.

But since that episode was published just earlier this week, the television personality and noted car collector has featured his 2017 Ford GT in another video, wherein he has the guys from Protective Film Solutions install a transparent wrap over the entire body as a safeguard against stones and other debris. While Mr. Leno has enough wealth to theoretically replace the Ford GT multiple times over, the Blue Oval has announced a production run of just 1,000 examples, with each allocation requiring a Ford-approved ownership application.

It is, therefore, prudent to protect the car by whatever means possible.

After the protective film is fitted, it’s nearly impossible to tell; Ryan Townsley of Protective Film Solutions says that the technology has only improved over the past years, making the plastic even more transparent, and even more protective. Even the windshield gets a wrap, which is perhaps a tad superfluous on the 2017 Ford GT – a car with the industry’s first Gorilla Glass windshield.

You can see Jay Leno’s GT both before and after the wrap in the video above.