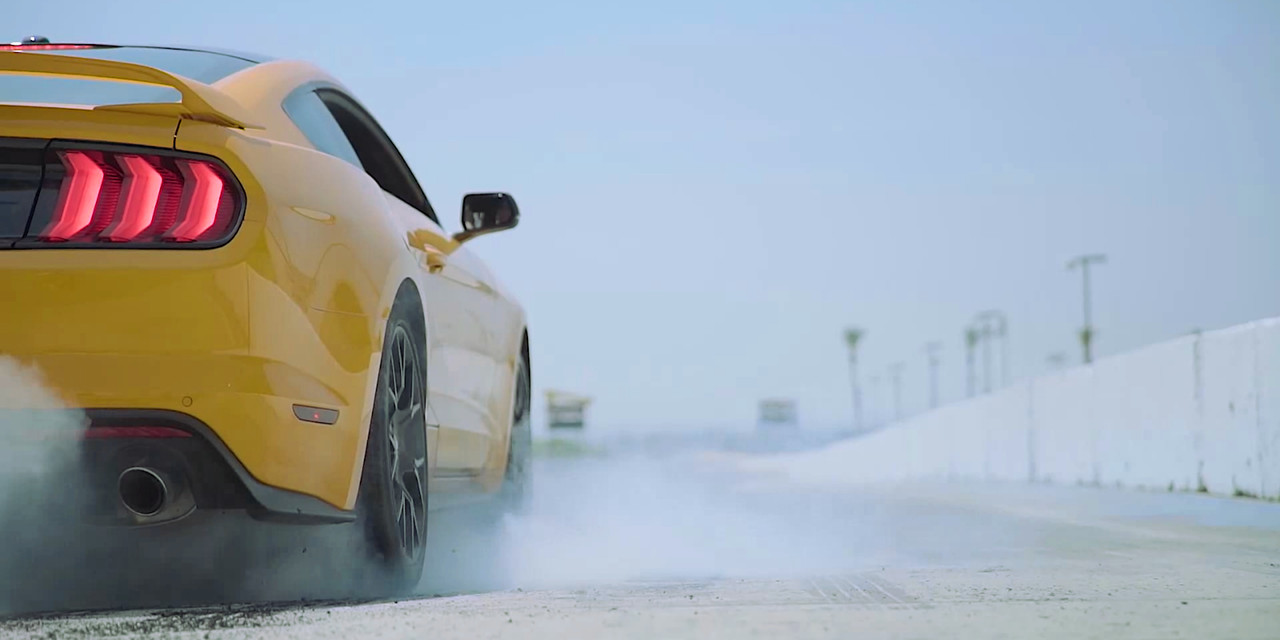 When the Ford Mustang finally arrived in Australia for 2016, it shipped out with one notable exception: Ford’s factory Line Lock feature, which came standard on the North American version of the Mustang GT from 2015. Activated through an in-car digital menu system, Line Lock allows for easy, smoky burnouts by engaging only the front brakes, permitting the driver to spin the rear wheels with the throttle without ruining the rear brakes.

The feature is intended as a tool for drag racers to heat the rear tires by friction before making a pass, but, well, everyone loves a good, impromptu burnout.

Now, Line Lock has trickled down to the base EcoBoost Ford Mustang for 2018, but The Land Down Under still remains unlikely as ever to receive the feature. Speaking to Australia’s Motor Mag recently, Ford Australia Product Communications Manager Damion Smy said: “We don’t have this feature on the current Mustang, and there are currently no plans to include this feature in the foreseeable future.”

The reason for the omission of Line Lock from Australian-market Ford Mustang models is the country’s strict laws against intentionally spinning one’s tires or engaging in other hoonery on public roads. Somehow or another, the automaker ended up leaving Drift Mode intact on the Ford Focus RS when the hot hatch arrived in that market, but even that move didn’t go unnoticed by some of the country’s more hawkish safety advocates.