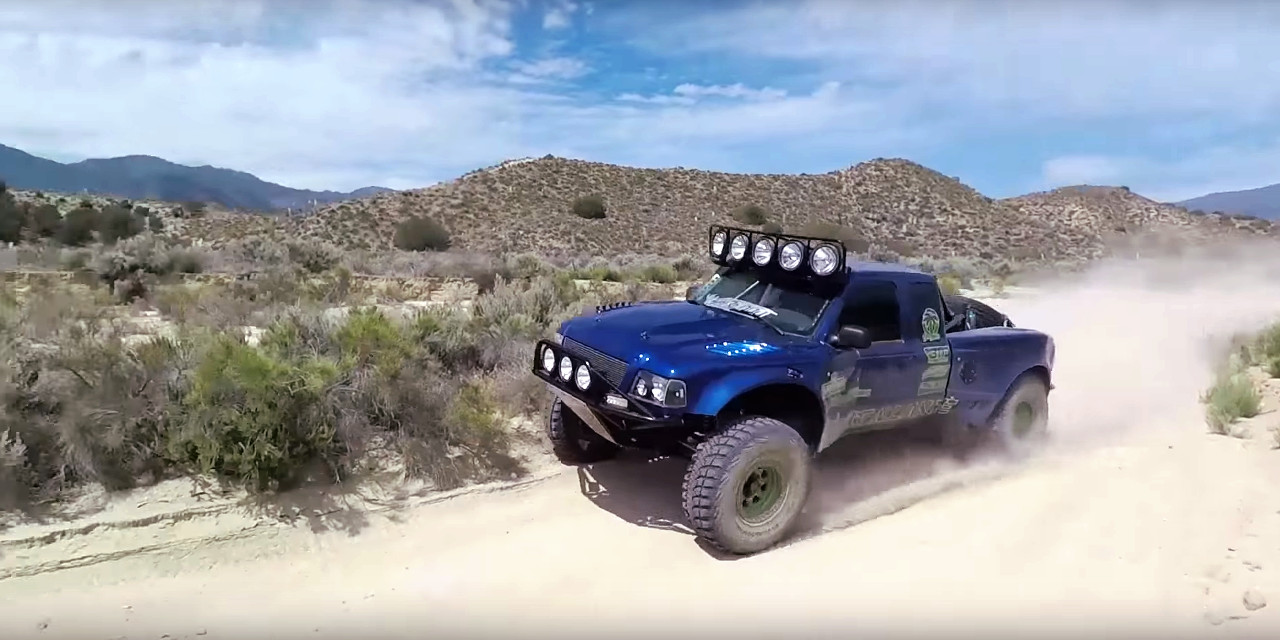 Hey, who doesn’t see a picture of a trophy truck and immediately think to himself: “Man, I wish I could have one of those”?

In the latest episode of The Smoking Tire‘s “One Take”, host Matt Farah samples a hardcore Ford Ranger built by Jake – a man who actually catered to that impulse. The donor truck, says the owner, has been with him since high school, and he built it to satisfy his need to tear through the desert after he quit motocross racing. “I started just by gathering parts, and then got enough to where I had the main components, and then saved up enough money to have a shop cage it and then put it all together,” he says.

Jake’s modesty belies just what a hardcore prerunner his truck truly is. While the powertrain hasn’t been touched, consisting of the same 3.0-liter V6 and 4-speed auto with which the Ford Ranger was equipped from the factory, pretty much everything else is as built as can be – from the SCORE-compliant 2-inch, 8-point cage, to the triple-bypass King shocks with 18 inches of wheel travel. The truck is also rocking a wider track width front and rear, a serious-looking front skid plate, 35-inch off-roading tires on beadlock wheels, and a fiberglass body kit that truly looks the part.

Jake has plans to fit a proper V8 under the hood at some later date.

Be sure to catch this bonkers Ford Ranger trophy truck in the latest episode of “One Take”, above.