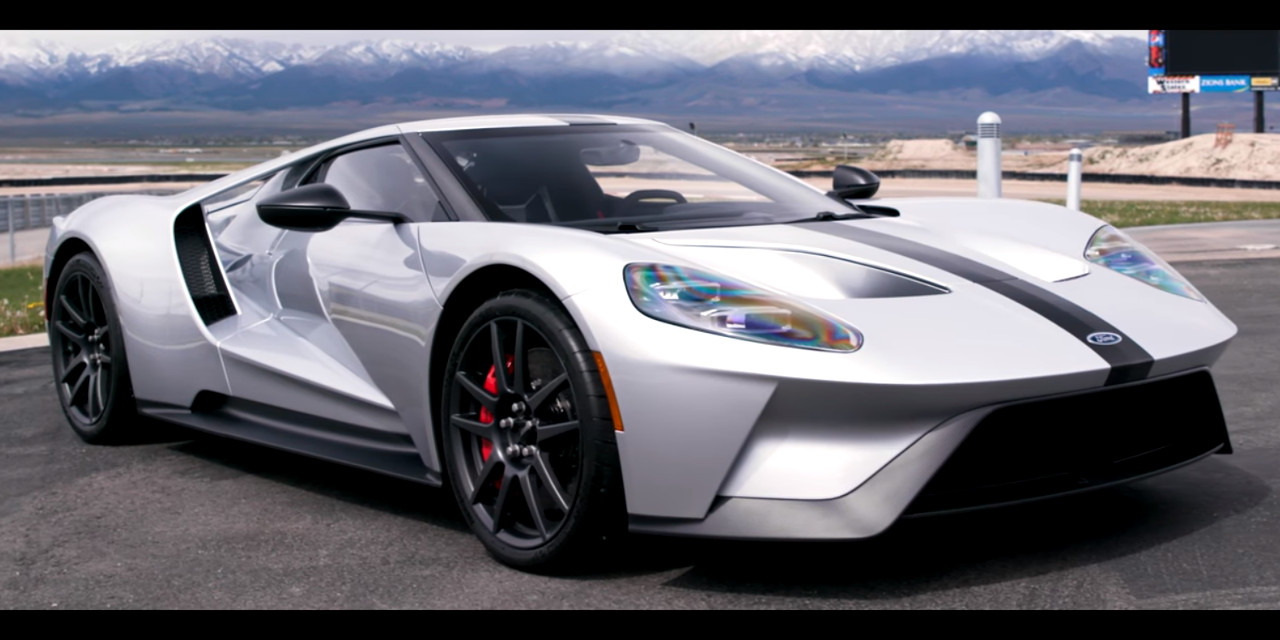 Obviously, the all-new, 2017 Ford GT supercar needs no introduction. First unveiled at the 2015 North American International Auto Show in Detroit, the new Ford GT is a spiritual descendant of the great Ford GT40 in much the same way that the 2005-’06 GT was, except that this time around, Ford has combined all the latest technologies – advanced materials, active aerodynamics, clever turbocharging, etc. – to craft a cutting-edge fighter jet. The aluminum Mk. I Ford GT, with its supercharged, 5.4-liter sledgehammer of an engine, looks almost crude by comparison.

Now that some examples of the awe-inspiring supercar have been produced, Motor Trend has gotten their hands on a couple of examples to test out on both the racetrack and the street, letting us along for the ride in a recent episode of the outlet’s “Ignition” series on YouTube. In it, presenter Angus MacKenzie takes us through some of the $450k Ford GT’s most impressive highlights, and offers up his ultimate verdict on perhaps the most race-bred road car in modern times.

“This is not a road car with race car parts bolted to it, like track-rat versions of Porsches and Ferraris and Vipers,” McKenzie concludes after a thorough review. “No; this truly is a racing car you can drive on the road.”

Watch Episode 175 of “Ignition” above to get the full scoop.