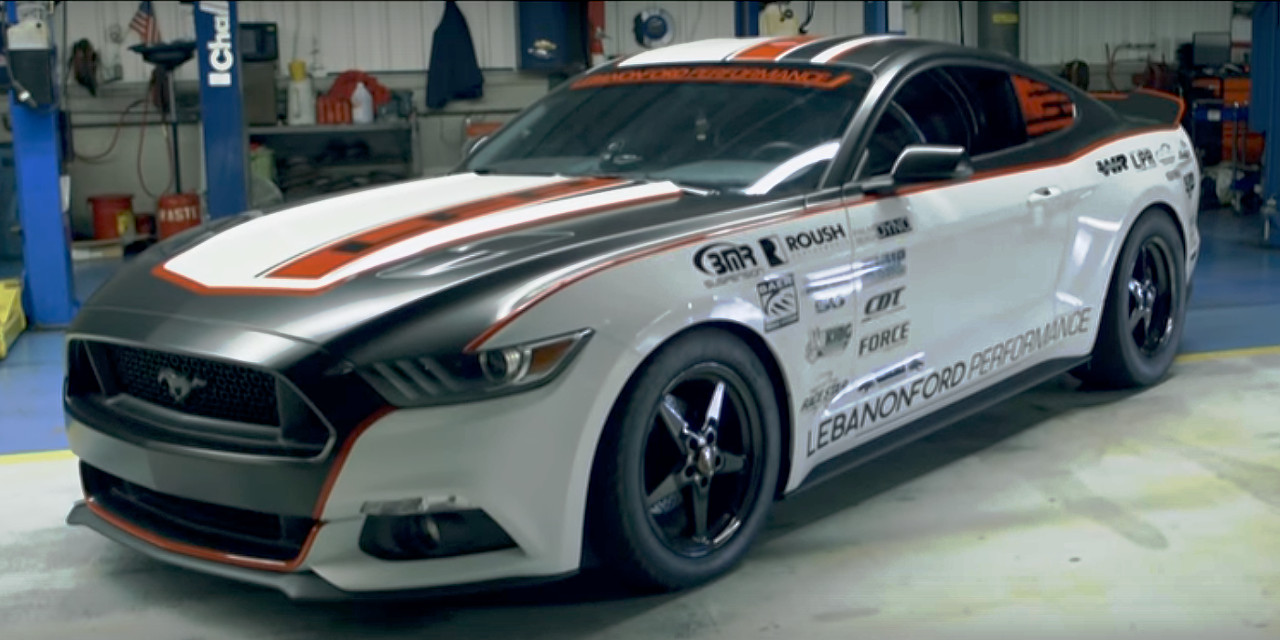 Say, remember Lebanon Ford in Ohio? The dealer has made headlines on this website on three separate occasions: in May, 2016, for selling 727-horsepower Ford Mustang GTs at $40k a pop; in February, 2017, for offering an even more ballistic 1,200-horsepower Mustang package for $45k; and in April, 2017, for selling $33k Mustang EcoBoosts with 550 horsepower.

They’re back at it again, this time offering a turn-key drag car based on the S550 Ford Mustang GT that can run consistent 10s in the quarter-mile, the company claims. Put a good driver in the captain’s chair in optimal conditions, and that time can drop into the 9s.

Dubbed the “LFP 10”, Lebanon Ford’s Mustang-based customer drag car is priced at $59,995, and delivers up to 700 rwhp on 93-octane, courtesy of a Roush Stage 2 supercharger, an ECU tune, and supporting equipment (less-restrictive intake, upgraded injectors, etc.). The engine is also abetted by an upsized oil pump and an increased cooling capacity.

Beside that, the LFP 10 gets a set of 17-inch wheels – 10.5 inches deep out back, 5 inches deep up front – wrapped in Mickey Thompson drag radial tires. Viking adjustable dampers and BMR springs made for drag-racing duty prop up all four corners, and power is managed by an ugraded drive shaft and beefier half shafts. The car ships with a bolt-in roll cage already installed.

At $60k, the LFP 10 Ford Mustang GT isn’t the most cost-effective performance Mustang that Lebanon Ford offers – at least in terms of dollars-per-horsepower. But for the weekend warrior in search of an attainable high-horsepower machine with which to attack the local drag strip, one could do a lot worse; Road & Track points out that it’s even $25k or so less than a Dodge SRT Challenger Demon.