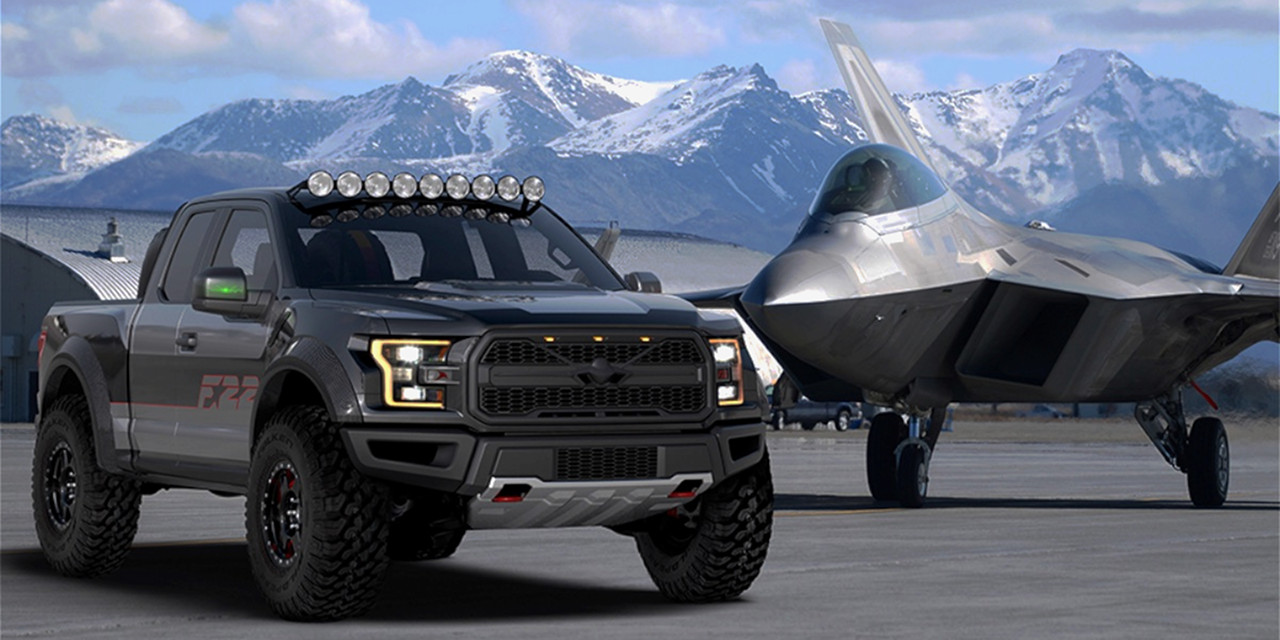 “This F-150 Raptor is a new look at Ford’s tradition of building unique vehicles in support of EAA’s youth aviation programs,” says Ford Design Manager Melvin Betancourt. “We know this truck will create an unmatched buzz around this year’s Gathering of Eagles auction.”

Ford’s F-22 Raptor F-150 will be auctioned off at the 2017 EAA AirVenture Oshkosh in Wisconsin on Thursday, July 27th. It will be the first non-Mustang custom vehicle from Ford to be auctioned at the event. Proceeds will benefit the EAA Young Eagles – a program dedicated to introducing youths from ages 8 through 17 to the world of aviation.