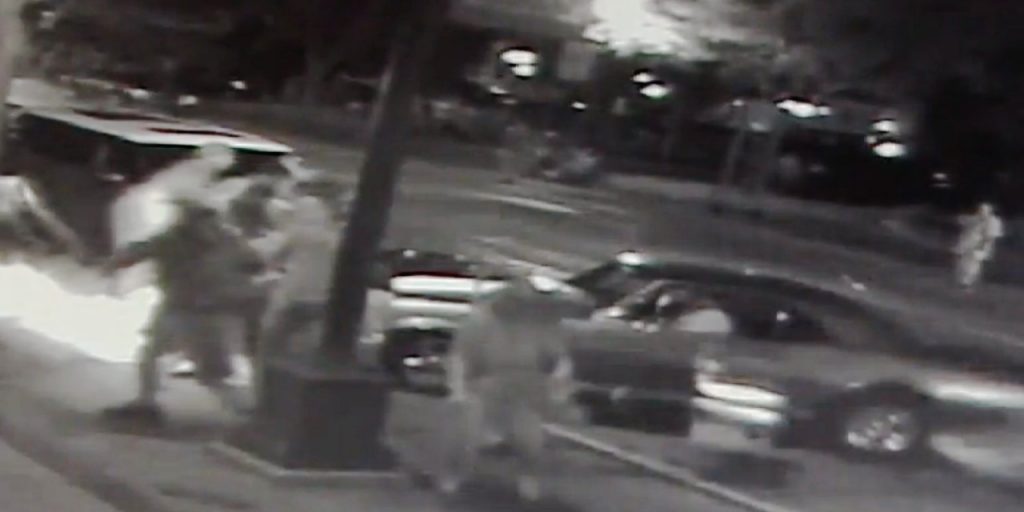 It doesn’t take much to lose control of a classic American pony or muscle car, and were it not for an opportunely-placed Ford Flex crossover in Wayne, Michigan last Saturday, a crowd of spectators might have been in the way of an out-of-control Chevrolet Camaro.

According to Fox 2 Detroit, witnesses at the City of Wayne’s “Downtown Days” community event last weekend saw a man in a classic Camaro attempt a showy burnout in the street around 10 pm. The driver lost control, speeding straight toward a crowd on the side of the street, which it might have hit, had it not first impacted a parked Ford Flex.

“You have a lot of spectators out here and when the muscle cars come through, they encourage them to do a burnout – spin the tires and cause some smoke,” Cruisin’ US12 organizer John Goci told Fox 2. “The car people, they feed off the audience and that’s a very risky and dangerous thing.

“Luckily on this stretch, on Michigan Avenue, there’s cars parked on each side so that particular incident, the gentleman lost control of a super strong car with a powerful engine and he lost control of it and hit a parked vehicle,” Goci said.

Indeed, it’s a scenario that plays out all too often at car meets around the country: a driver in a high-powered car attempts to show off for a crowd of onlookers, only to get in over their heads and crash. Although, if we’re being stereotypical, it typically seems to be a Mustang doing the crashing; in this case, a Ford was actually the hero.

No one was injured in the accident, and according to Fox 2, the driver was arrested for reckless driving.