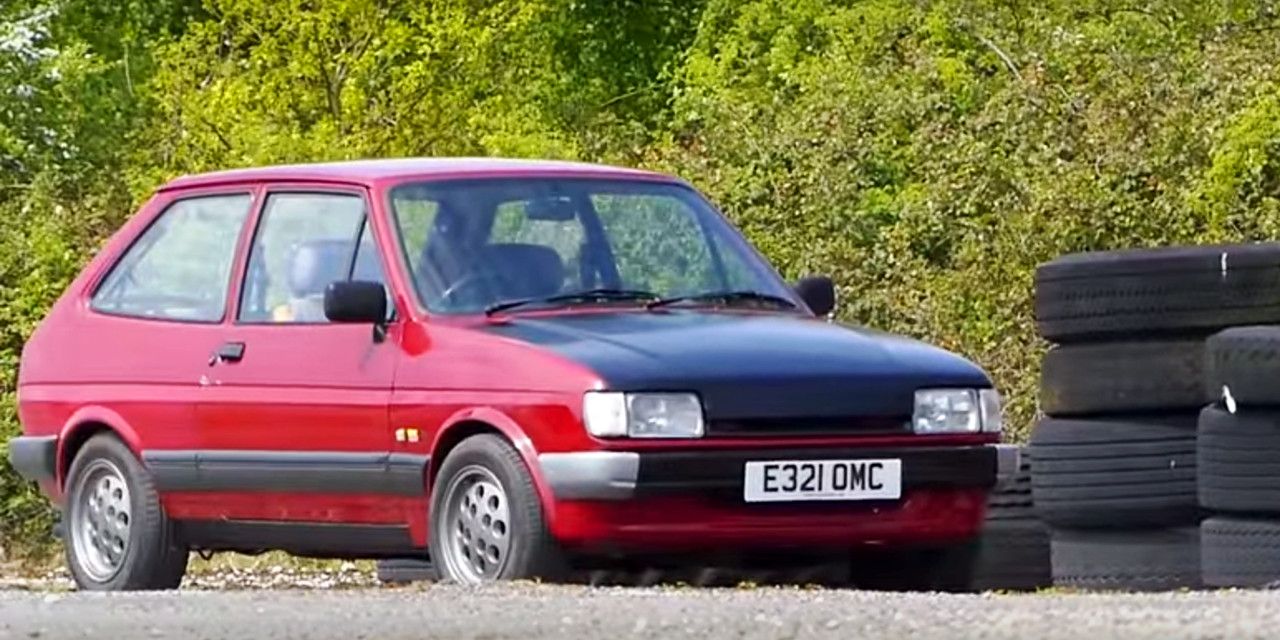 Currently, Mr. Regular is driving his way through the UK, giving his “Regular Car Reviews” channel the opportunity to publish a quick take on the Ford Fiesta Mk. II – a subcompact that never made its way to the North American market, even though the Mk. I was (briefly) sold here.

The example that Mr. Regular borrowed for his review was a 1987 model, equipped with Ford’s tiny 1.1-liter “Valencia” Kent engine and a four-speed manual transmission. The Valencia was designed from the Blue Oval’s “Crossflow” Kent four-cylinder specifically for transverse (FWD) applications like the Ford Fiesta. It’s a carbureted engine, capable of around 50 peak horsepower from the factory.

Mr. Regular remarks in his review that the 1987 Ford Fiesta Mk. II “feels like a Volkswagen Golf from the same era,” although the German car gives more of a sense that it is “dense and secure.” Meanwhile, in the Ford Fiesta, Mr. Regular wonders “how far the other car will force itself into [the] cabin in a t-bone accident.”

“For as much character as the Ford Fiesta Mark Two might have, it runs the risk of annoying that certain class of people who just want these sorts of cars off the road; the type of people who view anything pre-1995 with suspicious awe; the expectation that their children or their children’s children won’t know safety until these types of things are developing rust in a scrap heap in the middle of Scotland,” he says. “So it really does require that the person owning a Mark Two Fiesta really cares about it.”

For the full take, watch the latest episode of Regular Car Reviews above.