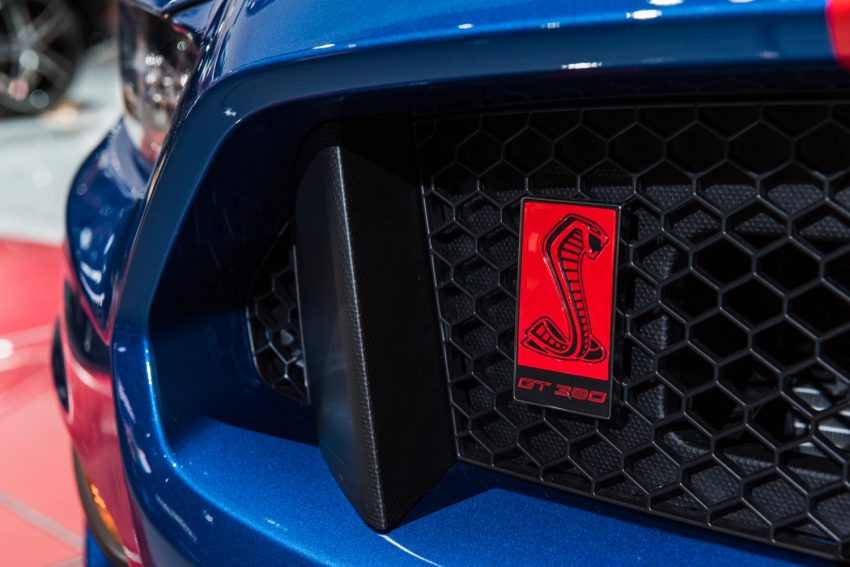 The Ford Shelby GT350 Mustang carries into 2018 unchanged, despite the mid-cycle refresh that’s just come to Ford’s non-Shelby Mustang models, but if Ford plans on keeping the model around much longer, it will need an update. It first went on sale in 2015 as a 2016 model, and in the time since, Ford has only changed the available paint options and toyed with the options packages.

An update could be on the way, if a recent crop of spy photographs are any indication. The photos show the Shelby GT350 testing in Ford’s hometown of Dearborn, Michigan, alongside another sophisticated, high-performance car currently in production: a Porsche 911 GT3. You can find the photos on the Autoblog website.

Both the Porsche and the camouflage-clad Shelby Mustang are wearing manufacturer license plates, which means Ford is benchmarking their own car against the Porsche. That tells us one of two things:

As much as we all love rowing our own gears, and admire the Shelby GT350 for its strict “manual trans-only” policy, manual transmissions cost time on the racetrack. Humans can’t hope to change gears anywhere near as quickly as a computer, leading to relatively long interruptions in wheel torque. The solution is either a properly good planetary automatic transmission, or a dual-clutch unit.

We’re inclined to believe the latter might be coming to the Shelby GT350, not least of all because of clues like these recent spy photos. The Type-991 Porsche 911 GT3 has made do with a dual-clutch – and only a dual-clutch – since its introduction at the 2013 Geneva Motor Show (although a manual option was announced at this year’s Geneva show), and Porsche’s “PDK” unit has set the benchmark for dual-clutch transmissions for years.

2) This Could Be A Shelby GT500 Prototype

It’s also possible that we’ve misidentified the Shelby Mustang in the photos, and that it is, in fact, a new Shelby GT500. We’ve certainly seen a fair bit of evidence pointing to such a car being in the works, although the corner-carving 911 GT3 would be a less obvious benchmark vehicle for the straight line-focused GT500 than, say, an SRT Demon.

Either way, exciting times are ahead for the Shelby Mustang program. We can’t wait to see what Ford has in store for enthusiasts.