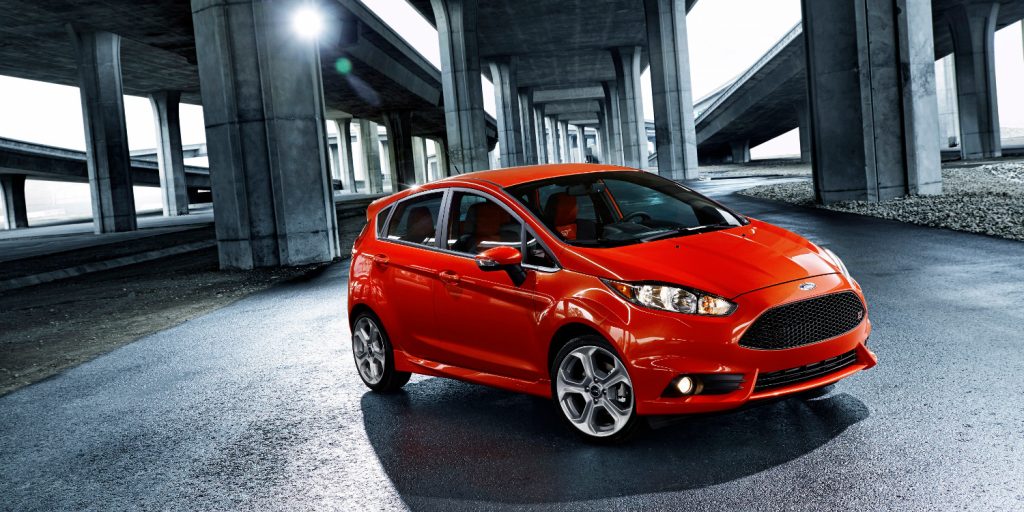 As Ford transitions to an all-new, seventh-generation Ford Fiesta in Europe, and prepares to (most likely) axe the model line altogether in North America, the 2017 Ford Fiesta ST has become absurdly affordable across the US, The Drive reports. According to that outlet, buyers can get $750 customer cash plus $500 bonus cash on a brand-new 2017 Fiesta ST – a tempting deal on its own, but one that becomes even more palatable as soon as you start looking at some of the dealer price cuts.

Apparently eager to clear slow-selling subcompact cars from their lots and make room for more crossovers, many dealers around the country have dropped their asking prices considerably. The best deal that the staff of The Drive managed to find – a 2017 Ford Fiesta ST at Mullinax Ford Apopka in Florida – is listed for just $16,515. That’s more than $4k below the MSRP after incentives, and a meager $83.83 per horsepower. By comparison, a Ford Focus RS has a base cost of $103.20 per horsepower, and the Ford GT supercar costs somewhere in the neighborhood of $700 per horsepower.

Okay, the GT is a bit of an absurd comparison, but still.

We still don’t know if the all-new, 2018 Ford Fiesta ST, based on the seventh-generation Ford subcompact, will ever be sold in the United States, so this is truly an opportune time to take the plunge and put some money down on what is probably the performance bargain of the year.