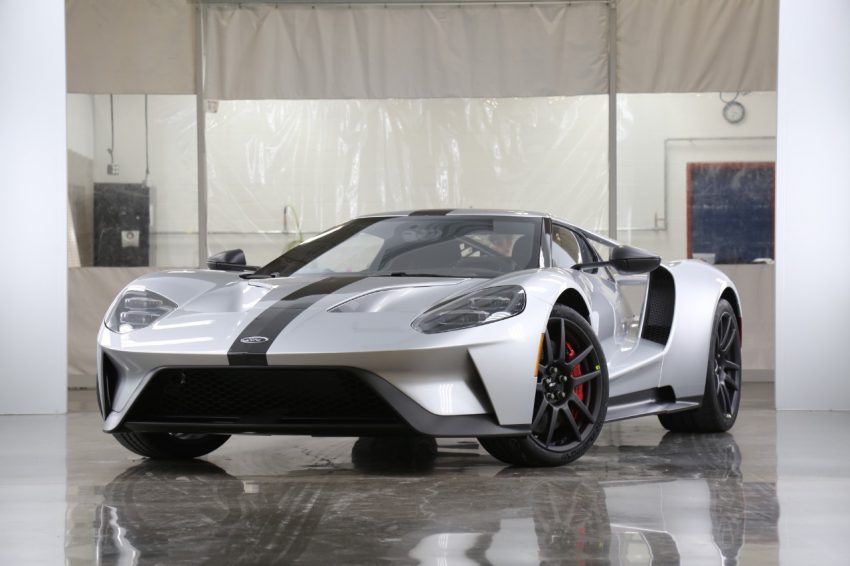 Here’s a neat stat: operation of the all-new, 2017 Ford GT supercar is powered by approximately 10 million lines of computer code – more code than the Lockheed-Martin F-35 Lightning II fighter jet. That code instructs 25 onboard computers, which receive continuous data streams from 50 different sensors throughout the car, resulting in the generation of about 100 gigabytes of data each and every hour.

“The Ford GT’s sophisticated computing systems work hand-in-hand with the vehicle’s core race car architecture to enhance performance, and also deliver greater versatility and flexibility,” says Ford Performance Global Director Dave Pericak. “By constantly monitoring inputs, vehicle loads and environment, and adjusting the car’s profile and responses to suit, the Ford GT remains as responsive and stable at 300 km/h as it is at 30 km/h.”

Combined, the Ford GT’s 25 onboard computers can analyze roughly a terabyte of data every hour. They control things like the supercar’s electronic stability control, its active suspension damping, active aerodynamics, and the 647-horsepower EcoBoost V6 lurking under the rear clamshell. They also do more pedestrian things, such as powering the GT’s automatic climate control and SYNC 3 infotainment.

It’s mind-blowing stats like these that make it easy to understand what makes the new Ford GT supercar so special, prompting Ford to limit its production to just 1,000 units. Other notable features include a carbon-fiber monocoque and body panels, industry-first Gorilla Glass windshield, and an integrated roll cage that can be modified to meet FIA racing safety requirements with a minimum of parts.