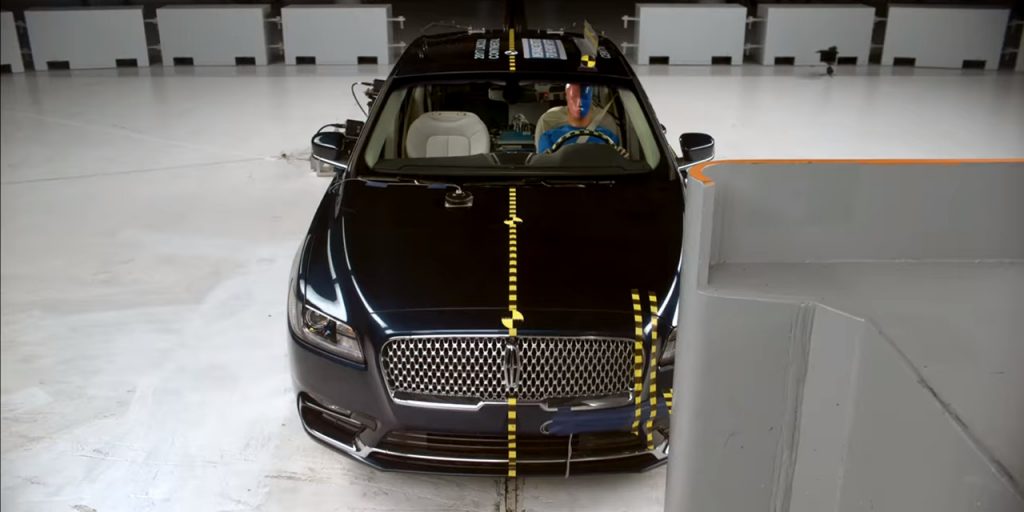 The all-new, 2017 Lincoln Continental luxury sedan has been made a “Top Safety Pick+” by the Insurance Institute for Highway Safety (IIHS), thanks to its demonstrated crashworthiness, strong headlights, and available frontal crash-prevention system. The Lincoln Continental earned a “Good” score in all five crashworthiness categories: small overlap front, moderate overlap front, side, roof strength, and head restraints.

The IIHS only recently started requiring all Top Safety Pick+ contenders to have “Good” or “Acceptable” headlights, leading many automakers to step up their game in that area. The 2017 Lincoln Continental’s headlights have been rated as “Good”. Frontal crash-prevention systems must also be available, and rated as “Superior” or “Advanced”, for a car to qualify; the Continental’s available system has been deemed “Superior”.

The IIHS’ Top Safety Pick+ award is the highest honor a car can earn from the organization. Out of a group of six full-size cars recently tested, just three – the Lincoln Continental, and two others – made the cut. The 2017 Ford Taurus, which rides on the same D3 platform as the Continental’s “MKS” predecessor, was one of those that failed to earn the title.